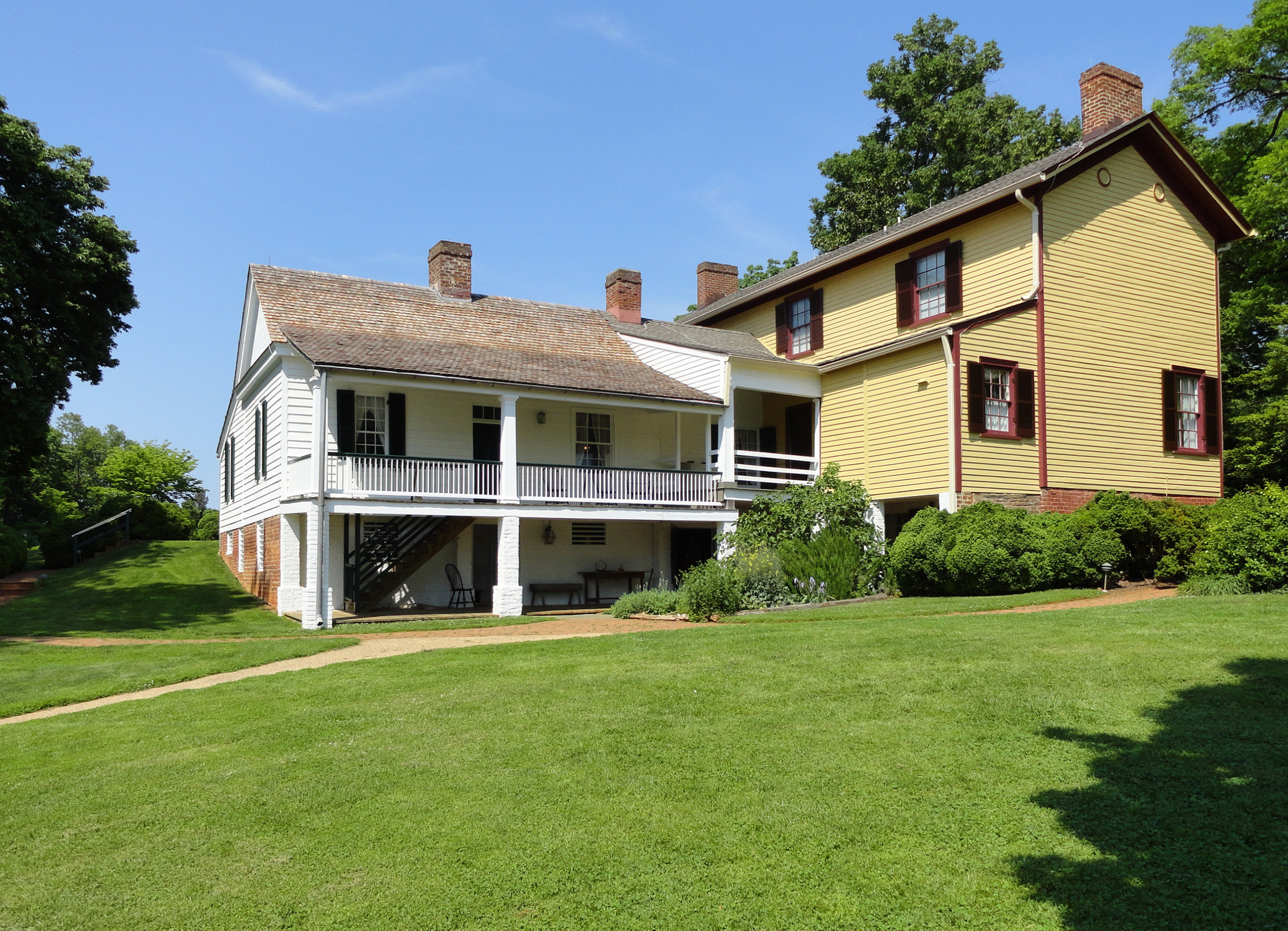 James Monroe, U. S. senator; governor of Virginia; minister to France, England, and Spain, and fifth president of the United States, purchased this farm, originally named Highland, in 1793. He completed the house in 1799. Monroe’s friend and mentor, Thomas Jefferson selected the house site, within view of Jefferson’s Monticello. Monroe called the home his “castle cabin.” The Monroe family left Highland in 1823; it was sold in 1826. Opened as a museum by philanthropist Jay Winston Johns, the southern Albemarle County property is now owned by the College of William and Mary and commemorates Monroe’s residency in this area.

Archaeological work at what is now known as James Monroe’s Highland revealed in 2016 that the Monroes’ residence was not the rear wing of the main dwelling currently standing on the property. The rear wing (pictured above) was, instead, an early-19th-century guest house, used by visitors during Monroe’s tenure as president, and later expanded.  The larger, primary residence from the Monroe period was likely destroyed by a fire between the mid-1830s and the early 1850s.