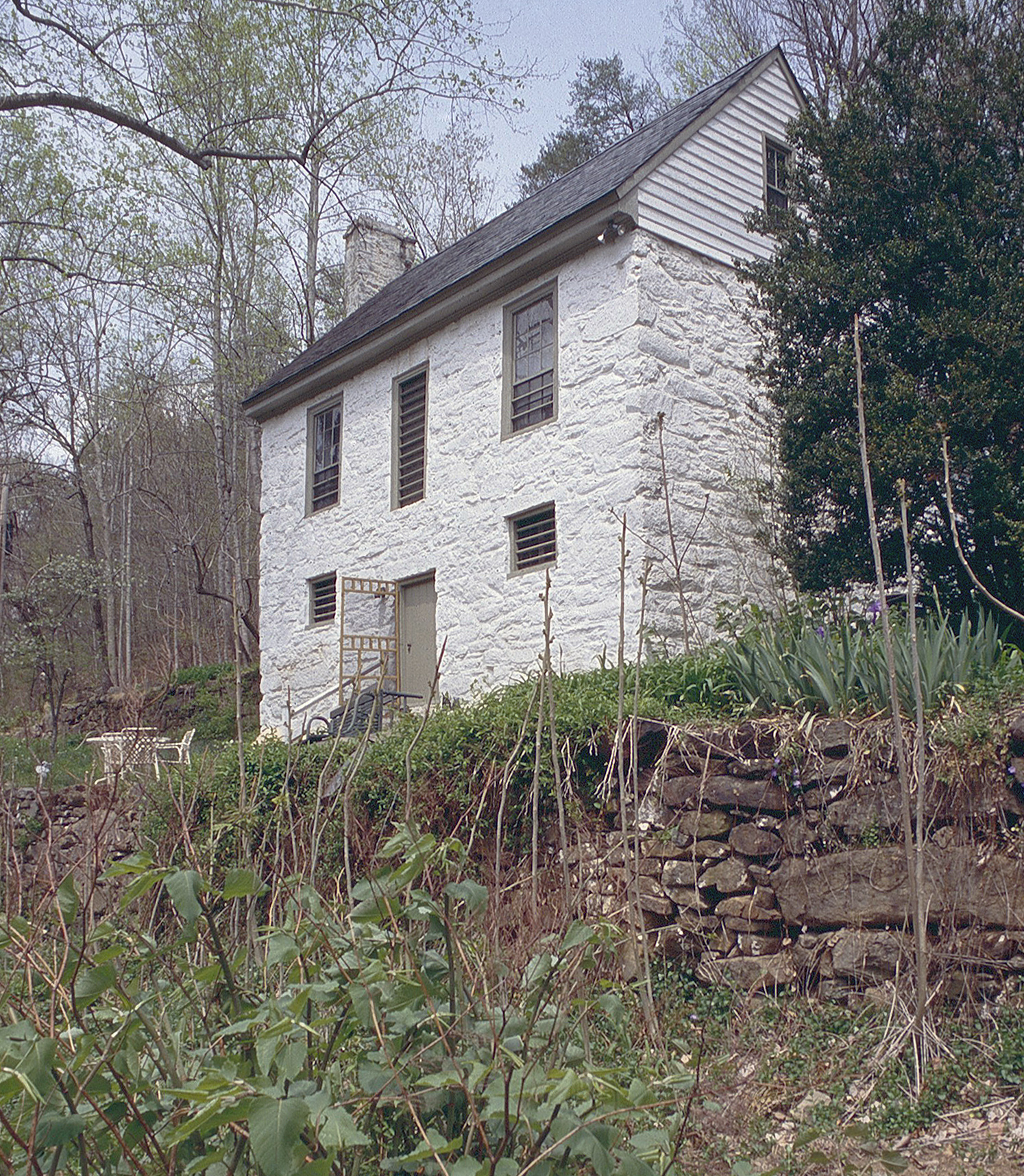 The ruins of Cocke’s Mill and the associated miller’s house are located against a steep wooded hill next to the splashing Hardware River. The original complex was established in the 1790s by James Powell Cocke of Edgemont. The date of the miller’s house is uncertain but was probably built soon after the mill. The picturesque vernacular structure is one of only a handful of early millers’ residences in the southern Albemarle County region and the county’s only two-story stone miller’s house. Cocke’s Mill was known as Johnston’s Mill after 1880 and remained in commercial operation in the 1930s. The neglected structure apparently burned in the 1940s, leaving its stone foundations, dam, millrace, and cut stone arches, all giving a hint of the building’s scale and fine construction. The miller’s house is now a private residence.