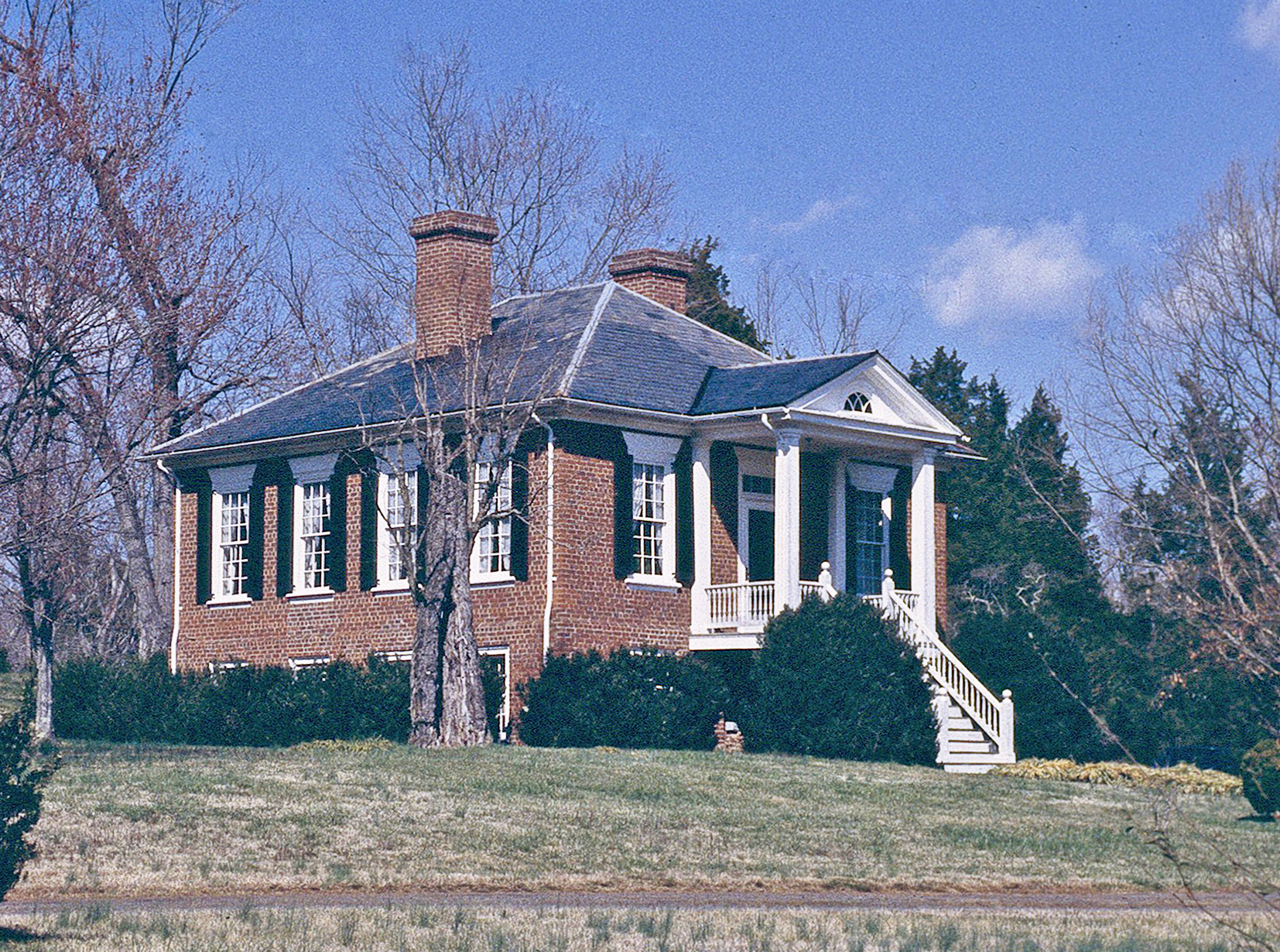 The stylistic influence of Thomas Jefferson is evident in this diminutive (32 X 34 foot) dwelling built in 1803 for William Walker, a merchant in the canal village of Warren. The house exhibits the subtle and sophisticated simplicity that characterizes Jefferson’s smaller works such as the dependencies at Monticello which, like the Walker house, are one story above a high basement, and fronted by a simple pedimented portico. The main floor has twelve-foot ceilings and employs a center hall with flanking rooms. The salon, extending the width of the north end, was originally partitioned into two rooms. The house was constructed by William Walker’s brother James. James Walker worked for Jefferson both as a millwright and carpenter. The early lines of the house were long hidden by a large front porch added 1870s, which was removed in a 1970s restoration.  The property is included in the Southern Albemarle Rural Historic District.