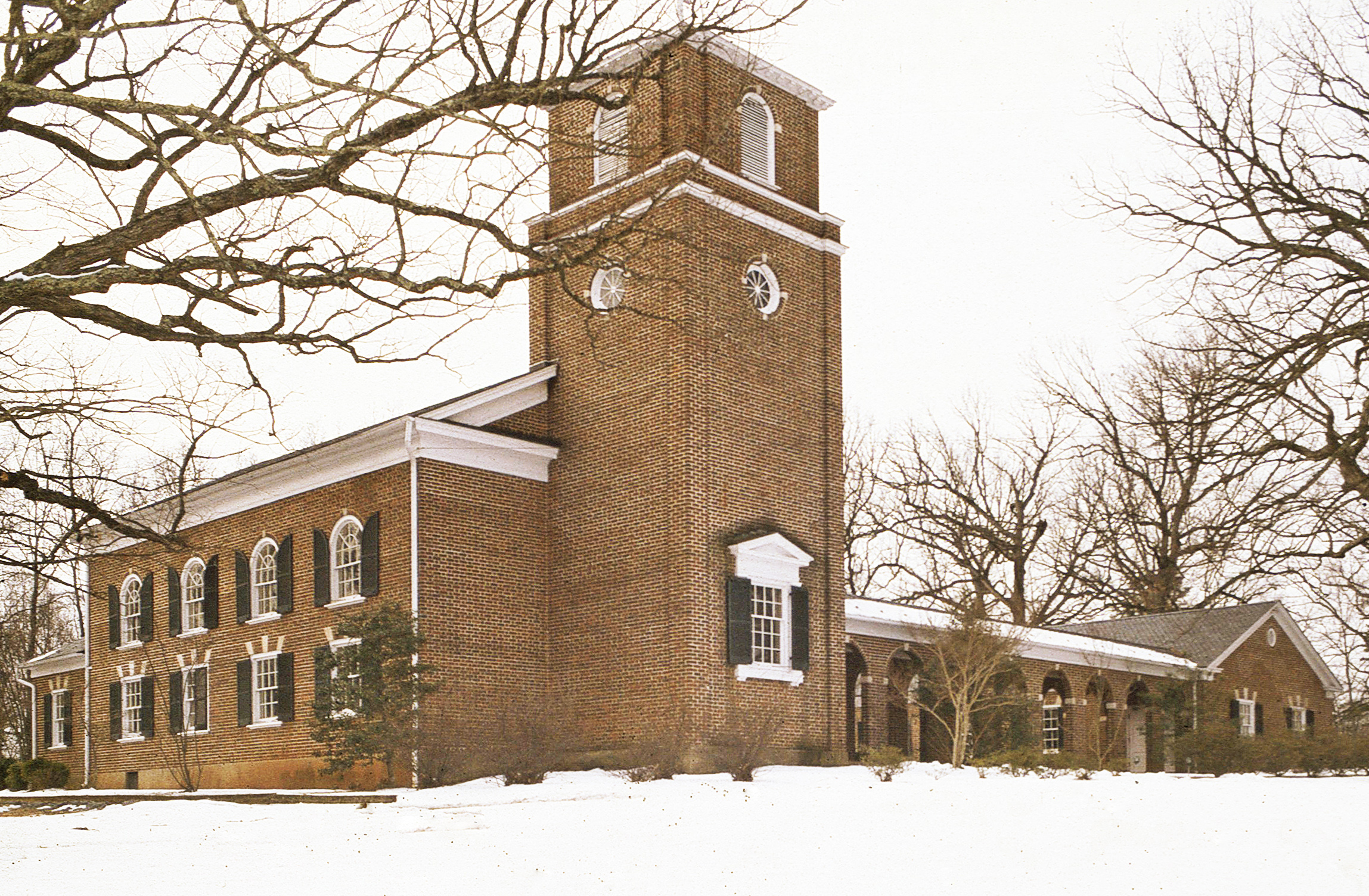 Since its founding in the mid-19th-century, Emmanuel Episcopal Church has served parishioners living on western Albemarle County estates, among them the Langhorne family at nearby Mirador. Nancy Langhorne, later Lady Astor, became involved with the congregation’s mission work in the early-20th-century. In 1911, along with her brothers and sisters, she commissioned the fashionable Washington architect and former Albemarle County resident Waddy Wood to remodel the original ca. 1863 Greek Revival country church into a very learned adaptation of Virginia’s colonial ecclesiastical architecture. The project was essentially a complete rebuilding of the Emmanuel Church, and the outcome, especially the finely crafted interior fittings, is an exemplar of the refinement and craftsmanship associated with the best of the early Georgian Revival style. Among those buried in the churchyard is Lady Astor’s niece, Nancy Lancaster, noted interior designer.  The church contributes to the Greenwood-Afton Rural Historic District.