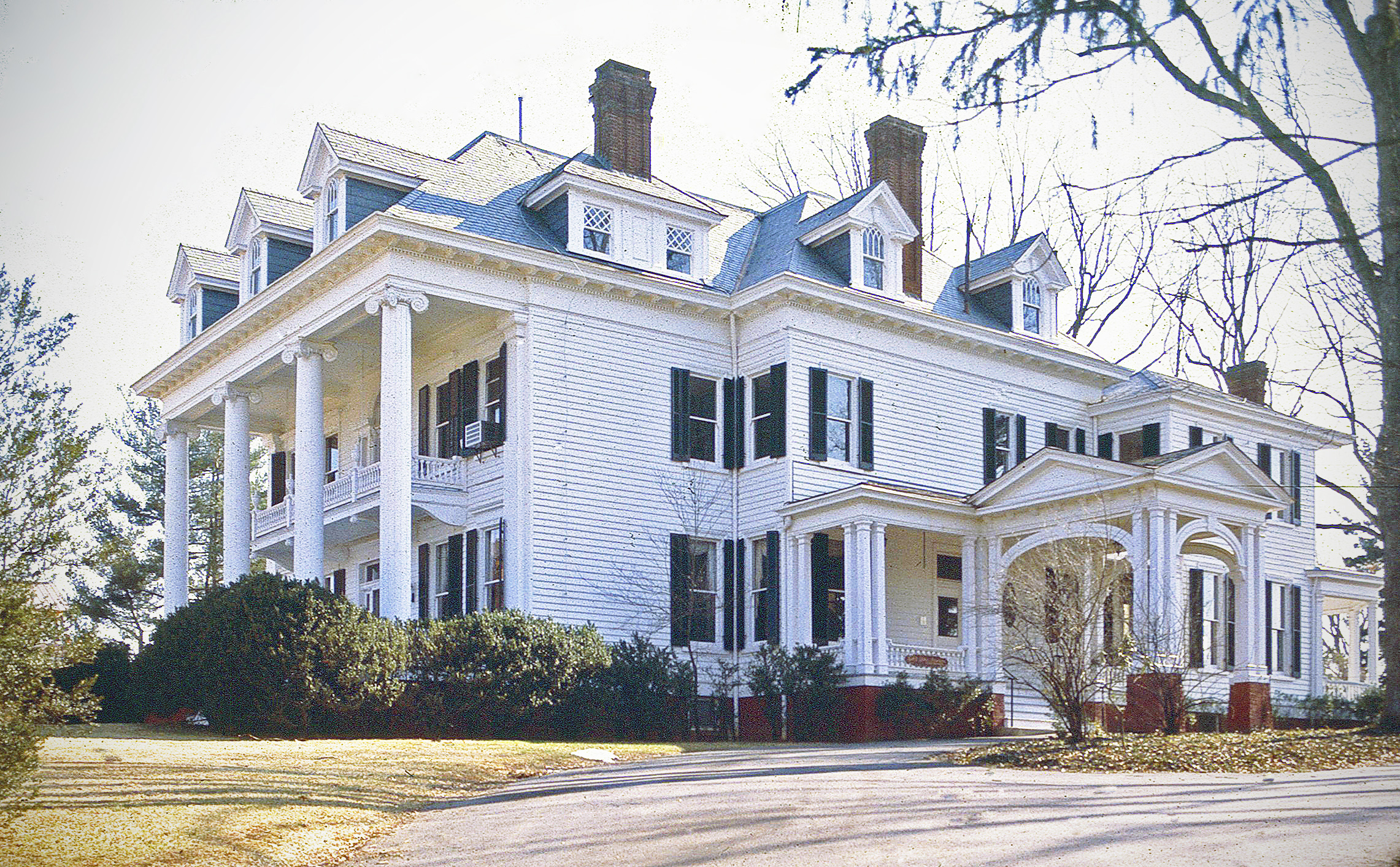 Completed ca. 1905 for Edwin O. Meyer, a New York importer, Ednam is an assertive example of the turn-of-the-20th-century Colonial Revival style, a style that made free use of a variety of classical forms for inventive compositions. The architect was D. Wiley Anderson, a native of Albemarle County who operated one of Richmond’s most productive firms, producing many impressive residences. With its stately portico, classical detailing, and elaborate interiors, the house presents a grandiose “Southern” image which was considered appropriate for its location. From the standpoint of social history, Ednam represents the influx of well-to-do northerners into Piedmont Virginia beginning in the late 19th century. Attracted by the scenic countryside and sociable lifestyle, they purchased old estates or established new ones, often building pretentious houses in what they regarded to be the local gentry idiom.