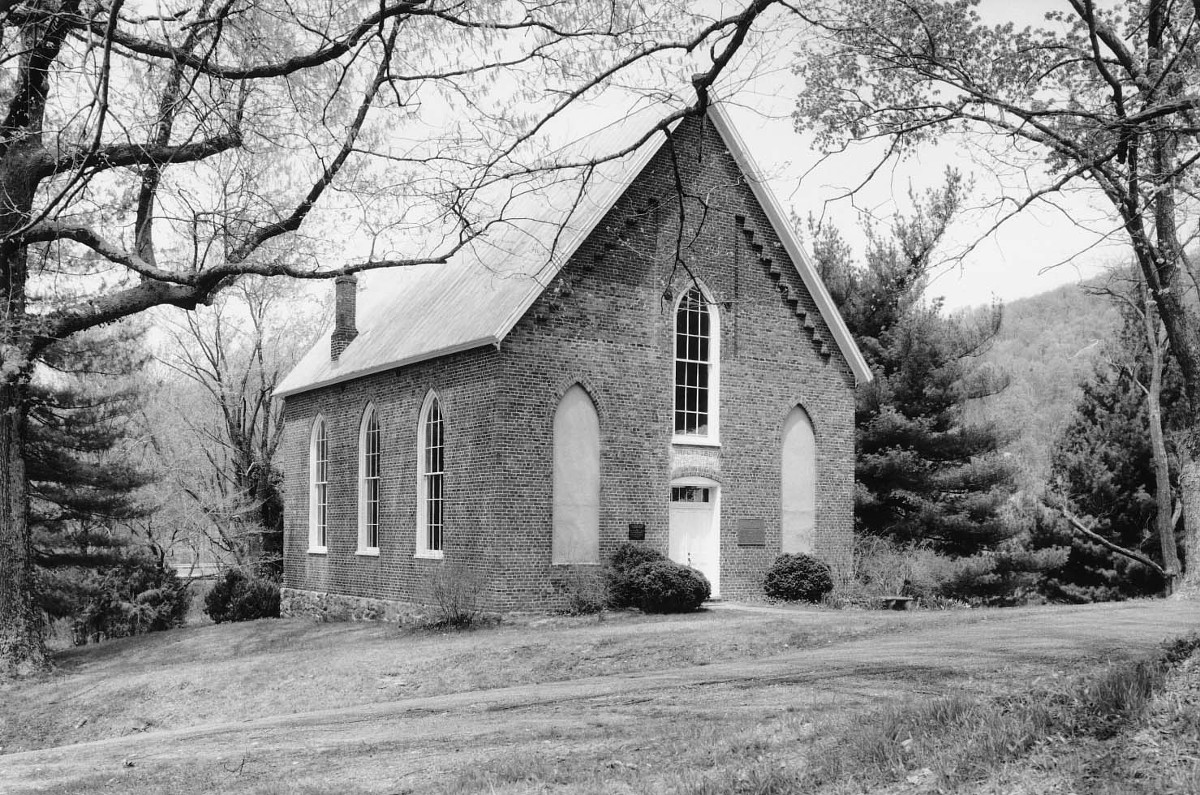 The congregation of this rural Presbyterian church traces its origins to 1747 when Presbyterians arrived in the region. Its first church was a simple log structure which was replaced by a brick building in 1809. The brick church was severely damaged by a storm in 1880 which necessitated significant rebuilding. Many of the original bricks were used in the repairs to the walls and a steep new roof was constructed. The resulting edifice is a picturesque example of late 19th-century rural Gothic Revival architecture essentially unaltered from the time of its completion. The interior preserves many of its original fittings and furnishings including interesting exposed roof trusses and a rear gallery—all that was left of an original three-sided gallery following the storm damage. The church continues to serve the Covesville area Presbyterians.