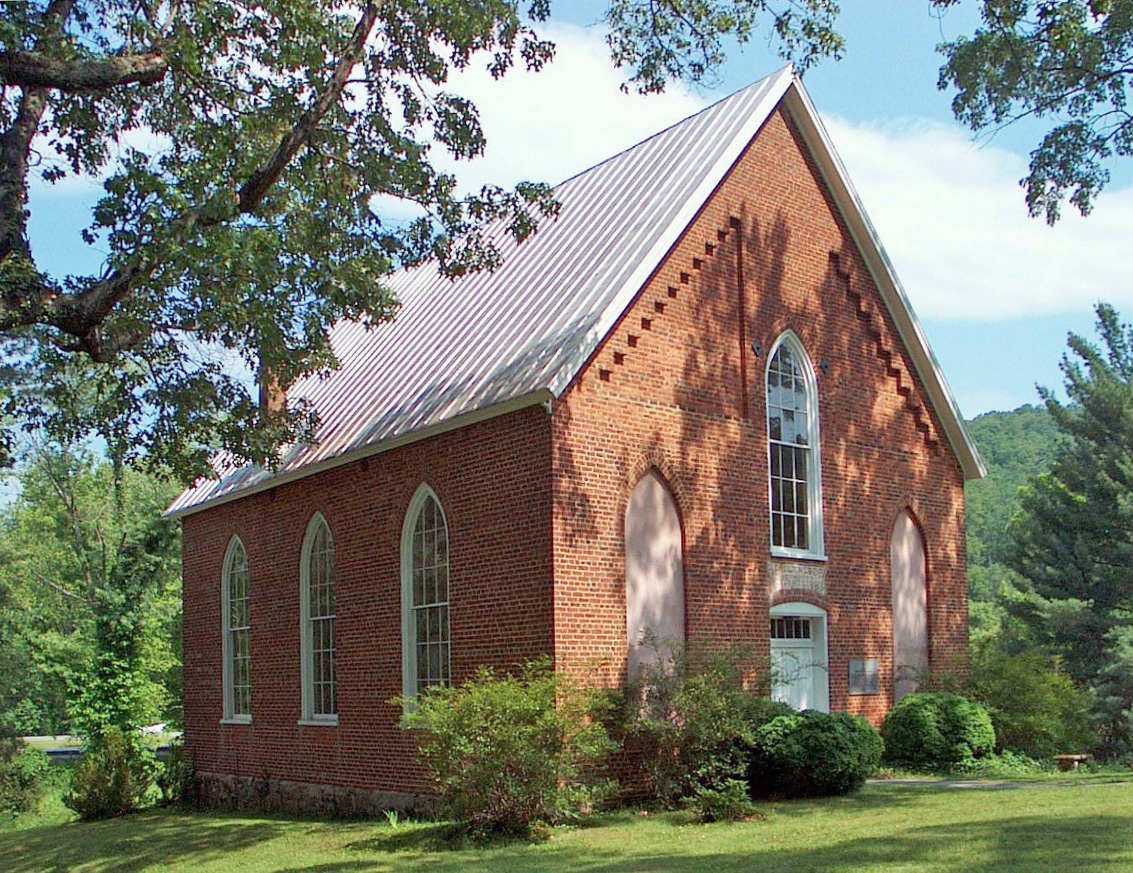 The Covesville Historic District is a village that developed in response to religious settlement, transportation routes, and a successful apple-growing climate. Officially a village in 1828, Covesville was initially settled in the 1740s by Scotch-Irish and German immigrants from the Shenandoah Valley. The creation of a religious congregation, Cove Meeting House, provided a center to the fledgling community and attracted more settlement. By the third-quarter of the 18th century, the community evolved as a village on the Charlottesville-to-Lynchburg stagecoach road, and the arrival of a railroad in the mid-19th century furthered its development. Significant growth, however, occurred after a commercial apple orchard was established in 1866. The orchard grew the highly popular Albemarle Pippin, resulting in one of the most successful early apple operations in Virginia. Its success spurred village development with construction of workers’ housing, a railroad depot, shipping sheds, apple packing and grader plants, cider mills, stores, and other industry-related resources. In addition, high-style residences were also built, reflecting the profitability of the agricultural and commercial ventures.