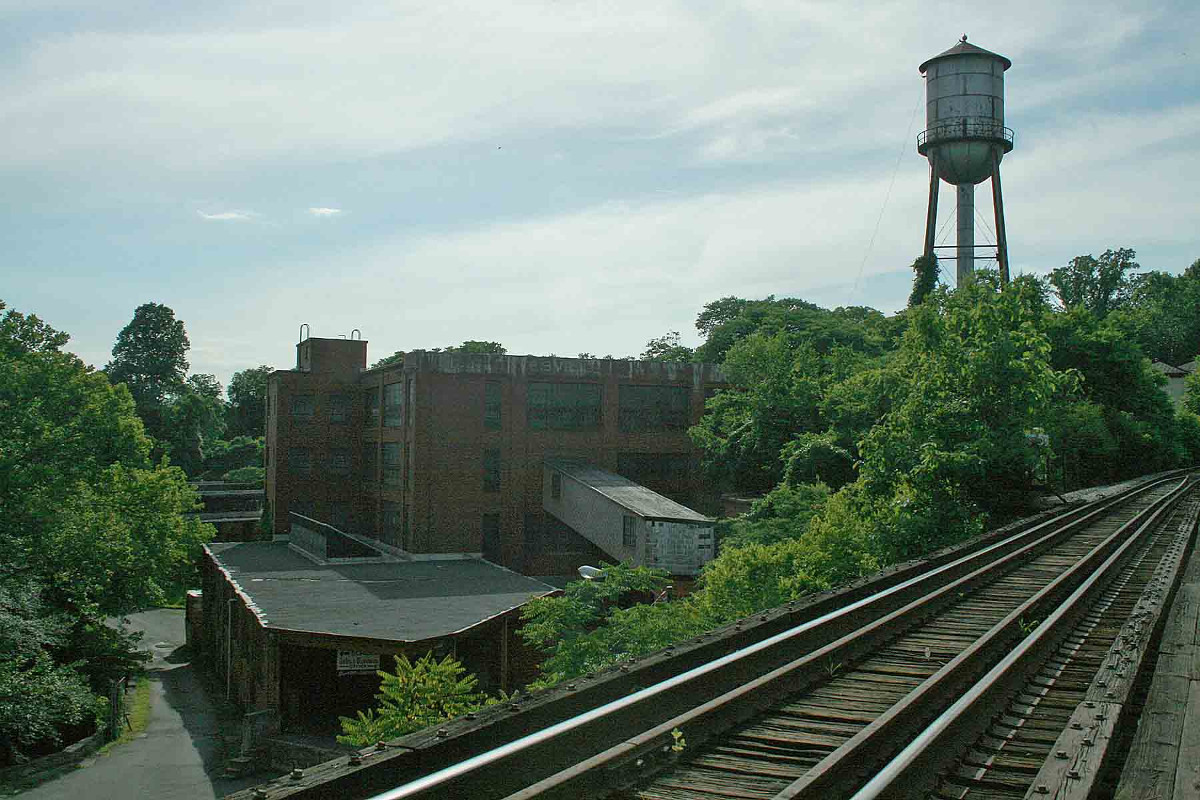 The Woolen Mills Historic District encompasses a village central to Charlottesville’s history since a mill opened there in 1829. Located at the foot of Monticello Mountain, along the Rivanna River, Woolen Mills developed into one of the city’s and the region’s most noteworthy industries, producing cloth for military uniforms from the late 19th century through the 1950s. Although many of the company mill town’s early factories are now vanished, its brick mill buildings of the late 19th and early 20th centuries remain, as do brick and frame houses in a range of styles built during the mid-19th through the early 20th centuries for or by mill employees. Home to generations of families who worked in its mills, the village was annexed by Charlottesville in 1968. The historic district’s period of significance begins with 1847, the date of the earliest company-built housing, and ends in 1962, the year the mills closed. At the time of its listing, the historic district still evoked a late 19th-century industrial village.