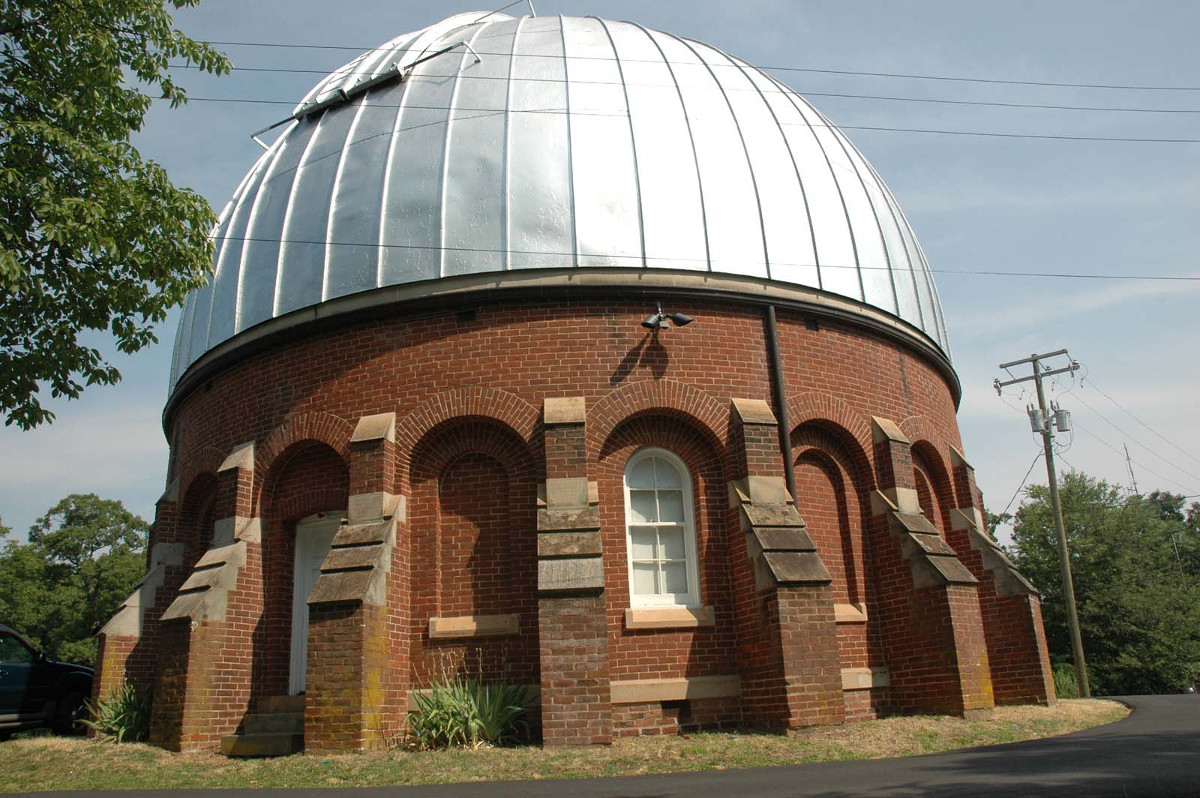 McCormick Observatory is named for Leander McCormick, of the McCormick Harvesting Machine Company, who donated a 26-inch refracting telescope to the University of Virginia after Washington College (now Washington and Lee University) turned it down. Constructed in 1884, the observatory fulfilled Thomas Jefferson’s desire to include astronomy in the university’s curriculum. The observatory’s robust Romanesque Revival style illustrates the serious enthusiasm for advanced scientific study late in the 19th century. The round brick structure that houses the observatory’s dome room, which holds the telescope and rotates 360 degrees, was the first of its kind. Until satellite astronomy came into use in the 1980s and 1990s, the observatory’s telescope was responsible for fully one-third of the approximately 10,000 stars identified up to that time by astronomers worldwide. The brick Queen Anne/Eastlake-style Alden House of 1883, the observatory director’s home, is located just down the hill.