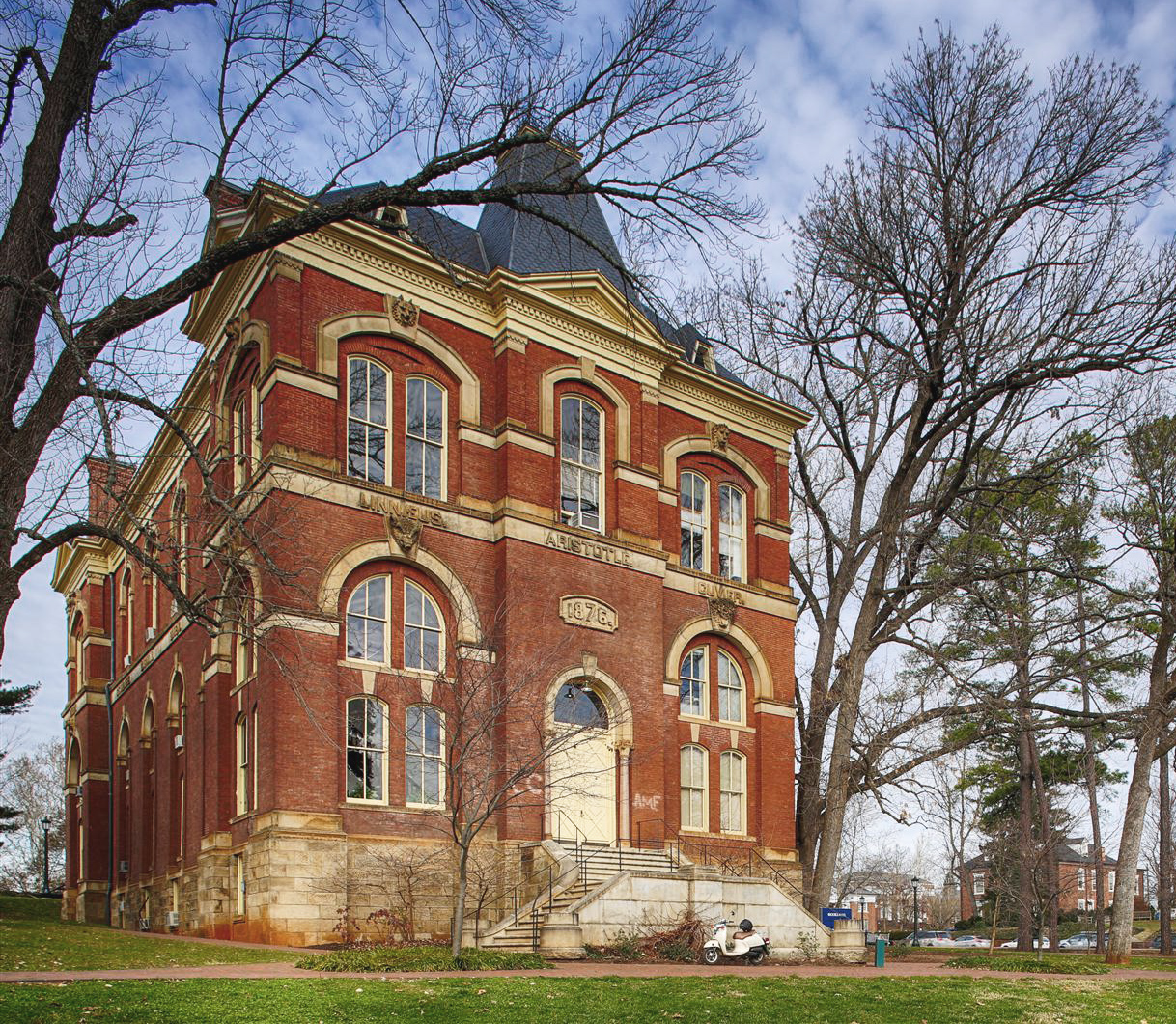 Providing a provocative contrast to the classicism of its neighboring Jeffersonian buildings, Brooks Hall is one of only two examples of late-19th-century eclecticism represented on the University of Virginia grounds. The building was donated in 1875 by Lewis Brooks, a Rochester, N. Y. philanthropist, and was among the earliest and best equipped natural history museums in the country. Its exhibits included fossils presented to Thomas Jefferson from the Lewis and Clark expedition. Completed in 1877, Brooks Hall was designed by John R. Thomas, also of Rochester, who combined motifs of various historic styles into a wholly original and airy composition. Symbolizing the building’s original function is the series of carved heads of wild animals on its keystones. Thomas’s original drawings for Brooks Hall are preserved in the university’s archives.
[VLR Listed Only]