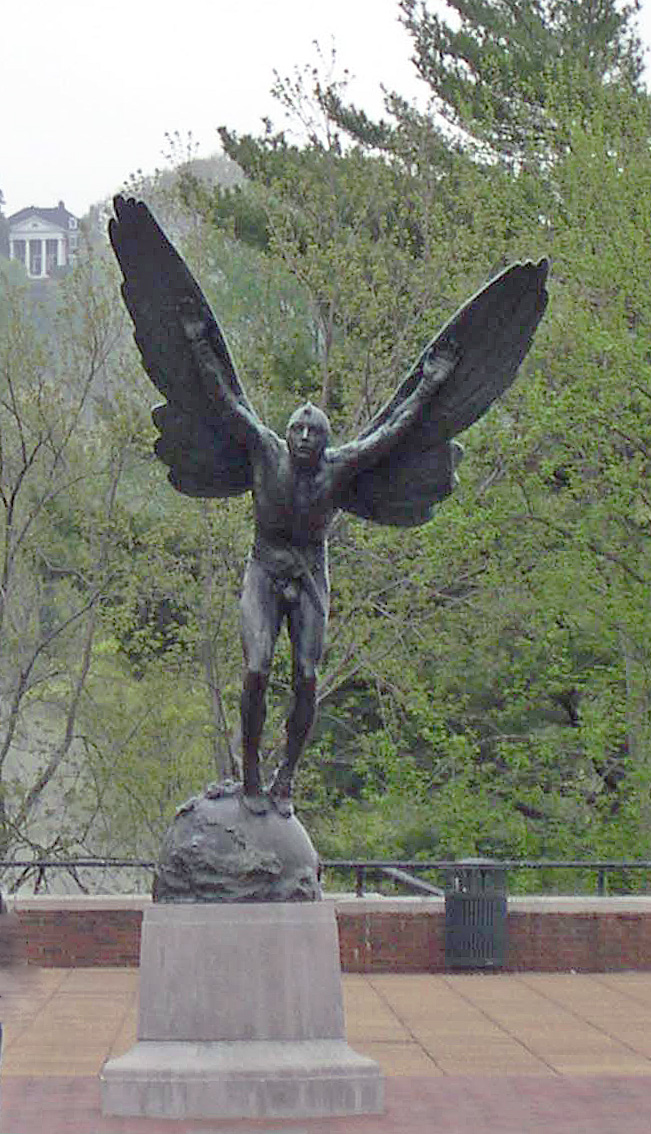 The Aviator, sculpted by Gutzon Borglum, is located on the University of Virginia’s central grounds. Commissioned in 1918, it was erected in 1919 to honor James Rogers McConnell (1887–1917), a popular UVA law student killed in aerial combat during World War I when German fighters shot down his plane over the battlefields of the Somme in France. McConnell volunteered his service to France before the U.S. entered the war. UVA memorialized his self-sacrifice as an example of university ideals to inspire future generations. Embodying the hallmarks of the American Renaissance era, “The Aviator” combines European artistic tradition with classical motifs and an American theme. Borglum is most famous for sculpting the heads of presidents Washington, Jefferson, T. Roosevelt, and Lincoln on Mt. Rushmore in South Dakota.