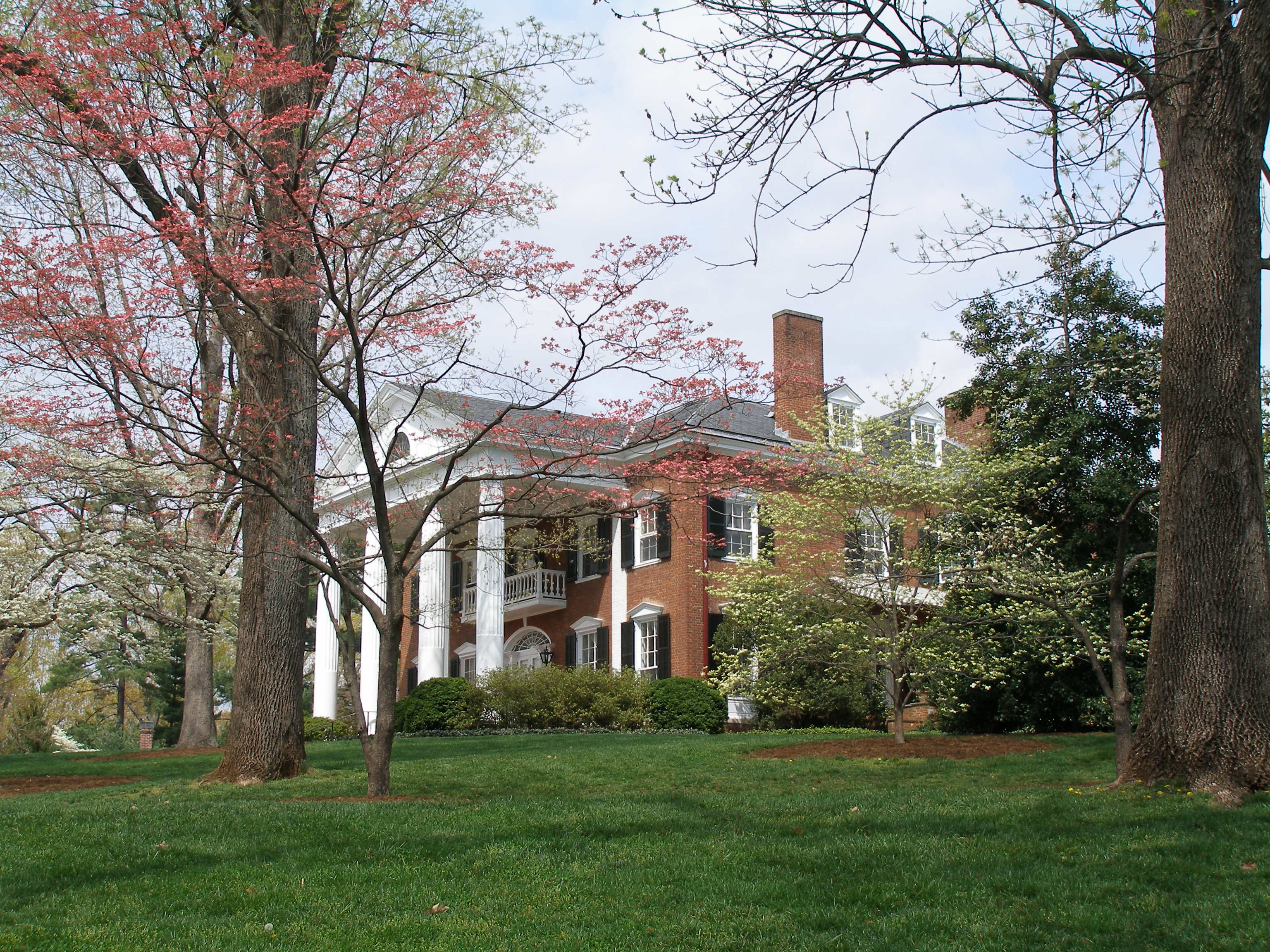 The striking, Colonial Revival-style University of Virginia President’s House, located atop Carr’s Hill, was completed in 1909, and embodies the 1905 shift in university administration from Thomas Jefferson’s original vision of governance by collective faculty members to that by a university-wide president. The house was begun by architect Stanford White, of the firm McKim, Mead, and White, who had also been commissioned to design and implement the first campus master plan after the Rotunda fire of 1895. After White’s unexpected death in 1906, the house was completed by the firm, primarily under William M. Kendall, with design suggestions from the first university president, Edwin Alderman, and his wife. The building has housed seven university presidents, who have collectively overseen the university’s academic, architectural, and social incarnations. There are four associated historic buildings on the property, including three used for student housing before the construction of the President’s House and the carriage house, completed in 1908. The landscape, including the visually prominent position atop a large hill just north of the Rotunda and President Colgate Darden’s 1930s azalea garden, also contribute to the property’s historic character.