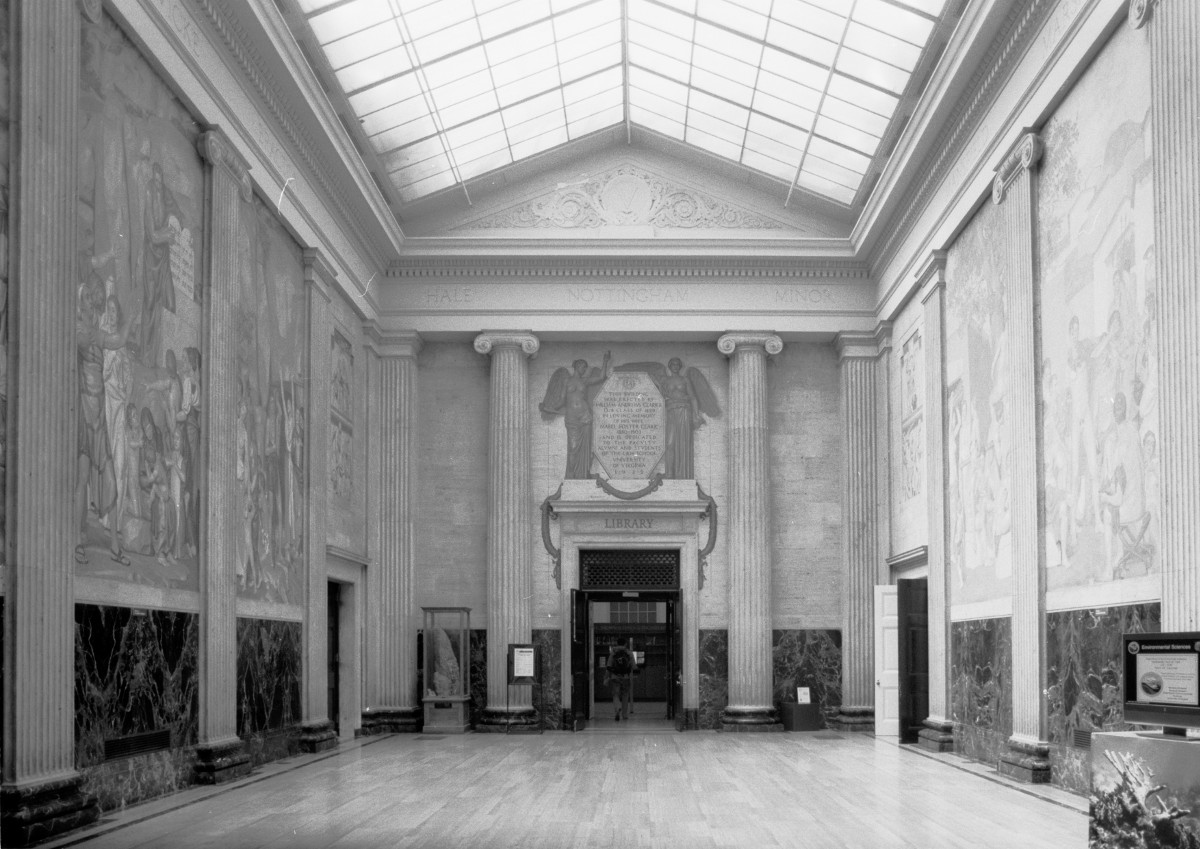 Prominently sited on a small hill southwest of the central grounds, Clark Hall served as the academic home of the University of Virginia’s School of Law from its completion in 1932 until 1974. The building was designed by the architectural commission, a collaborative group of architects formed under the leadership of President Edwin Alderman in 1921 to ensure consistency and quality in the university’s architectural development. Clark Hall is the commission’s most sophisticated work, reflecting the influences and combined talents of its distinguished design team and Alderman’s call for them to create a monumental work. The building is also notable for its two-story, sky-lit interior Memorial Hall, decorated with murals painted by Allyn Cox in 1930-34 depicting the history of law. The room is one of the commonwealth’s most significant 20th-century architectural interiors. The building symbolizes the elevation of the law school as one of the premier institutions of higher legal education in the region and the nation.