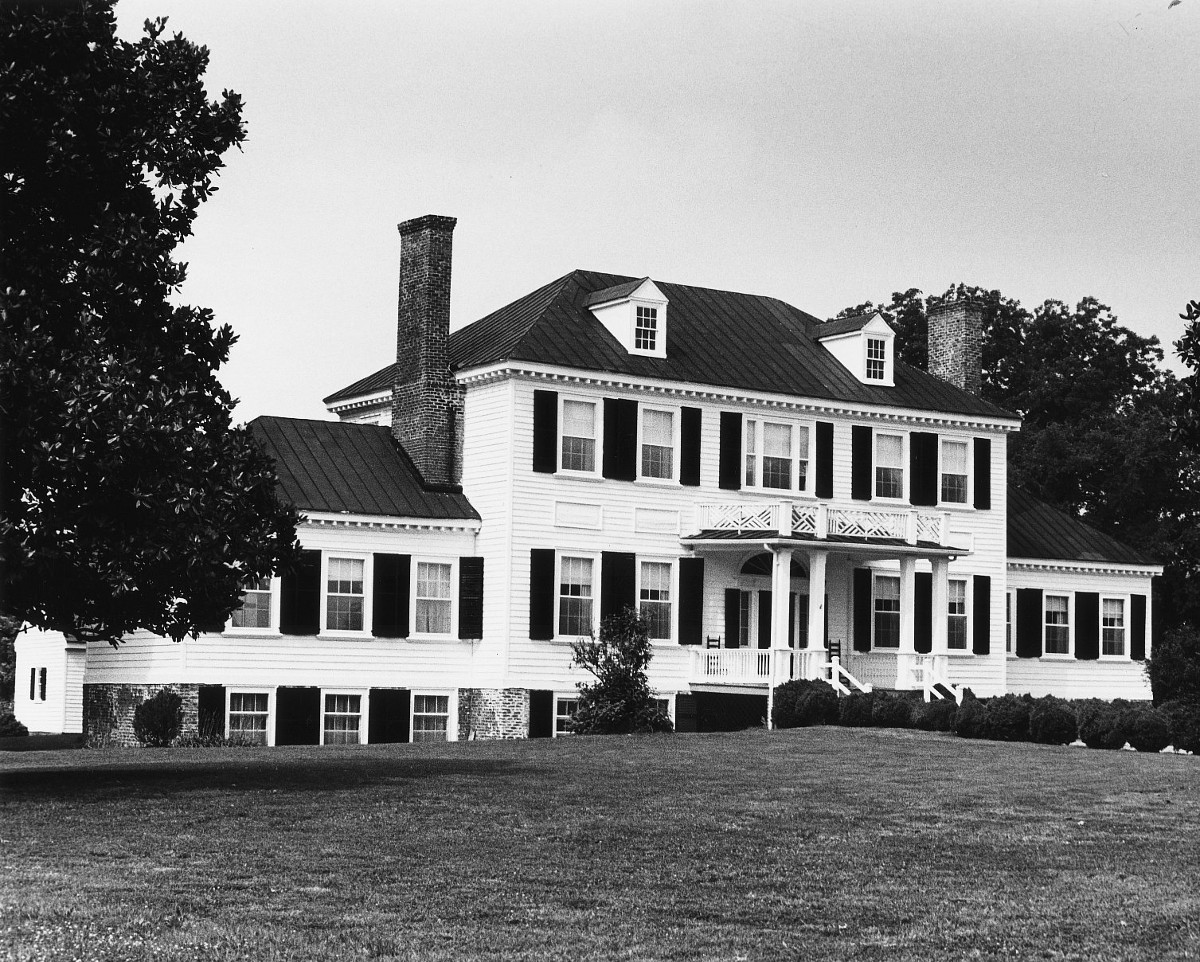 This outstanding example of Southside Virginia Federal architecture, one of the finest plantation houses in the region, received its present form in the early 19th century under its owner John Tabb, a burgess, whose father, Thomas Tabb, assembled the plantation before 1745. An earlier house was incorporated in the west wing. The property’s name was derived from the nearby stream lined with hawthorne trees. The most striking feature of the house is its elaborate interior woodwork carved with regionally interpreted Adamesque motifs, including urns, swags, hawthorne blossoms, and sunbursts. Haw Branch passed by inheritance to Tabb’s daughter and descended thereafter to daughters. The Haw Branch grounds preserve a row of early outbuildings, all with clipped gable roofs. The house was restored by a descendant of Thomas Tabb who purchased the property in 1965.