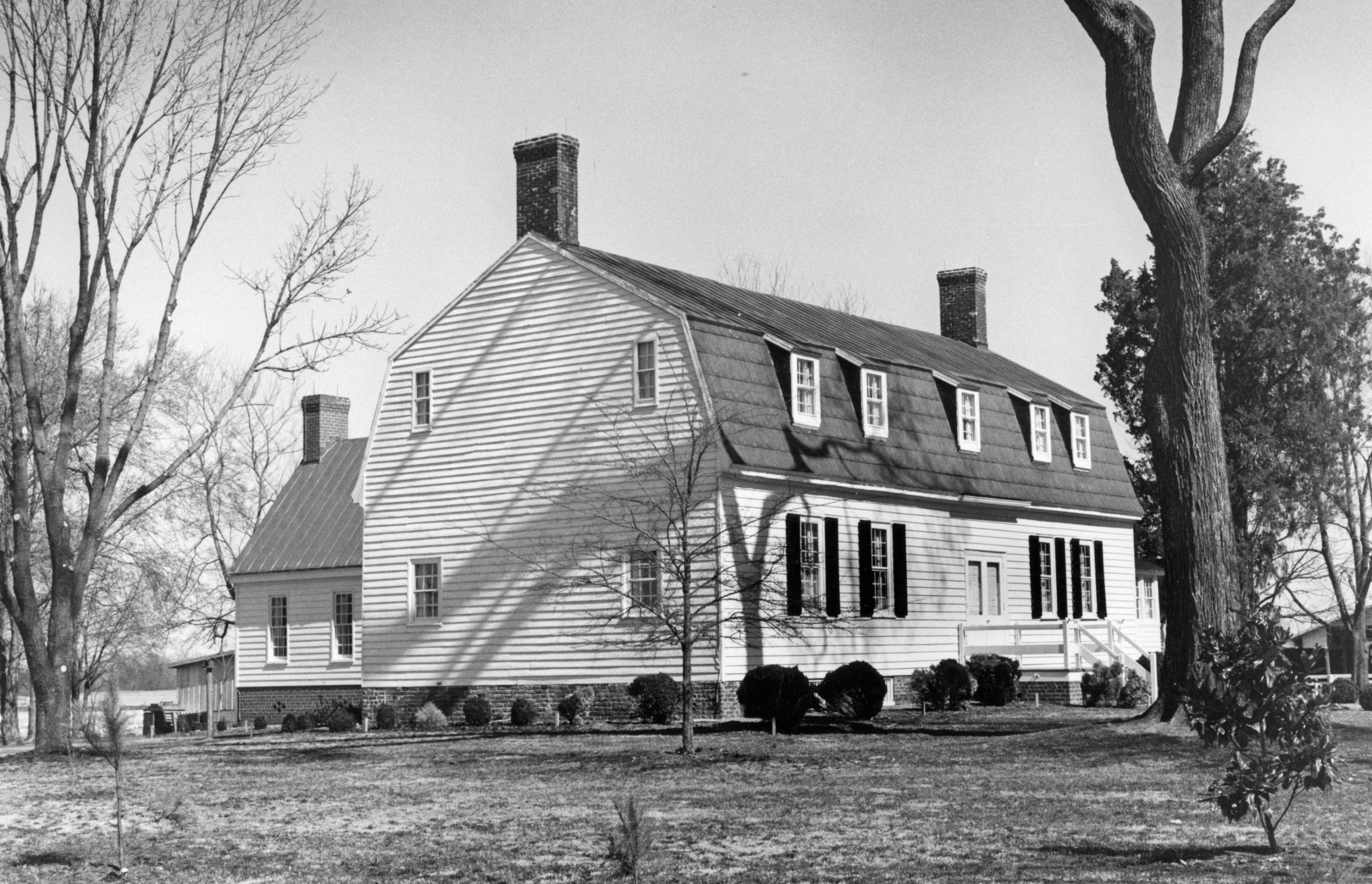 Dominated by a broad gambrel roof, Egglestetton is a quintessential example of Virginia’s rural colonial architecture and is typical of the dwellings occupied by the early gentry of the region. The interior boasts unusually fine paneled walls and other ornamental details, all in a good state of preservation. Adding to its architectural sophistication is the pairing of the windows rather than spacing them evenly across the facade. The property was owned by the Eggleston family as early as 1747; the present house was built in the 1760s for Joseph Eggleston, Jr., who served as a major in the Continental army and was later elected to Congress. An inventory taken at his death shows that Eggleston maintained a substantial library here.