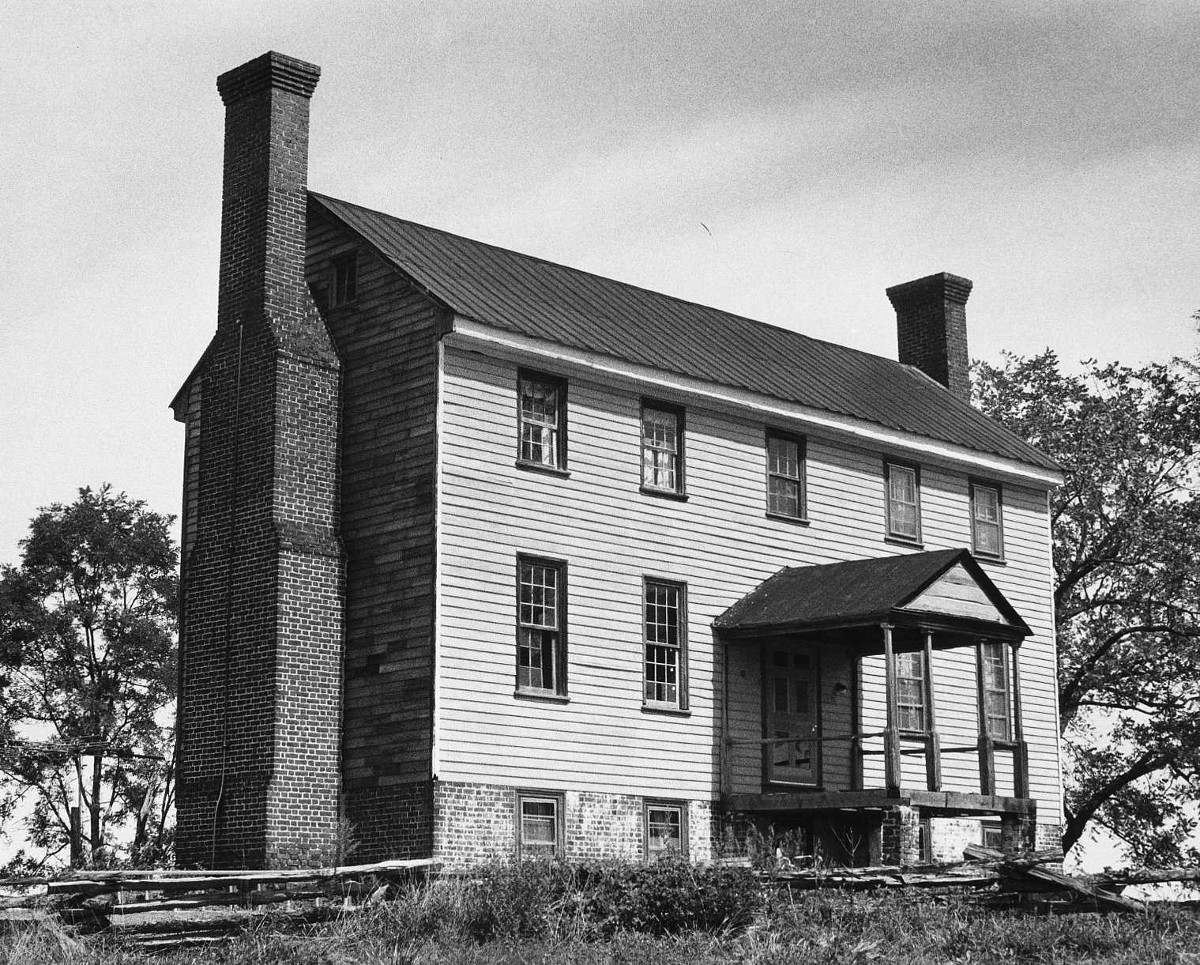 Dating from the early 1820s, the Farmer house is a large wood-frame I-house probably erected for Nelson Farmer whose family patented the property before 1750. Characterized by a center-passage, single-pile plan, the I-house was a popular form of two-story house design for comfortably situated but not wealthy planters of middle Virginia. The form was derived from the symmetrical 18th-century Georgian style and spread through the South and Middle West in the 19th century. The Farmer house stands out from numerous contemporaries because it preserves nearly all of its original fabric, including beaded weatherboards, front porch, stair, Federal mantels, and other trim. The tall chimneys show the high level of workmanship achieved by the region’s masons. The house stood in deteriorated condition for many years but was restored in the 1970s.