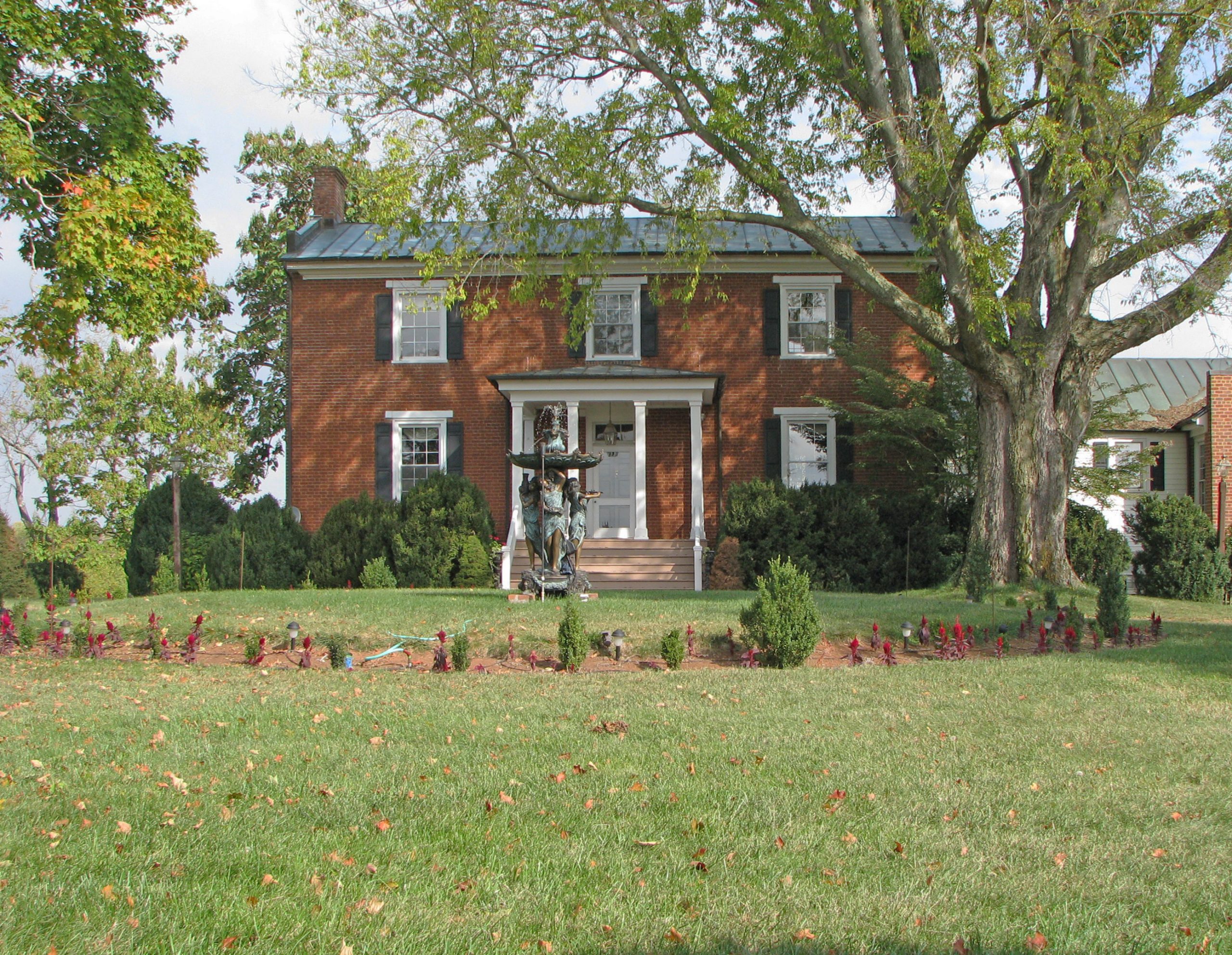 Built by Isaac W. Walker in 1833 near the villages of Walker’s Ford and Riverville in Amherst County, Edge Hill is a large Federal-style brick house that displays indications of Walker’s relative wealth. It is notable for the use of oiled brick on the entire exterior, a technique usually reserved for the main façade of houses. Its interior decorative mantels were influenced by popular architectural pattern books of the mid-19th century. Part of the north side of the house was originally a small separate residence built in 1801, which likely served as an overseer’s cottage as well as the Walker family residence while their larger brick house was being built. The property is also important for its impressive collection of outbuildings, including a 19th-century sawmill constructed by Isaac Walker’s son, Samuel Branch Walker; 19th-century flowerbeds created by the Walker family; and several agricultural outbuildings.