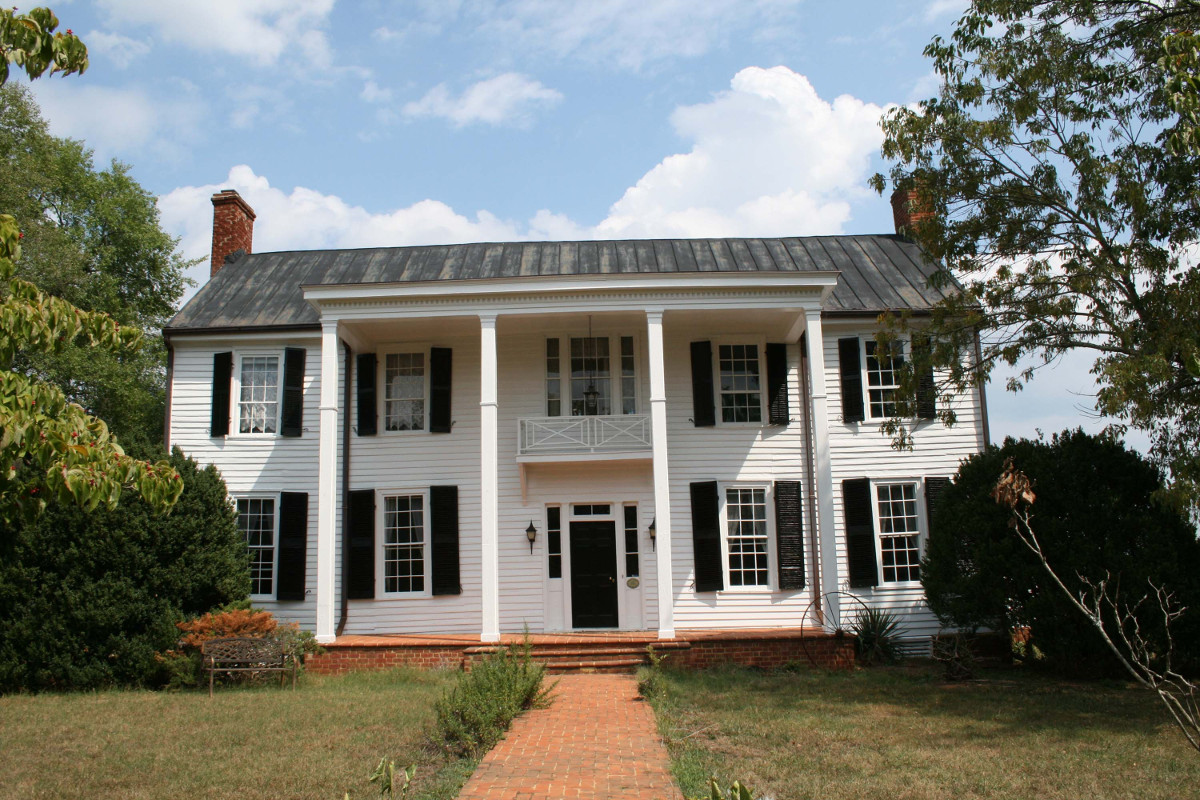 The Glebe is one of only ten surviving dwellings in Virginia associated with land purchased under the colony’s government mandate to support clergy in the Anglican parishes. This system was unique among the colonies, and in fact only 27 glebe houses are documented within Virginia, though originally all 95 parishes would likely have constructed their own house. While the main part of the Amherst glebe house was probably built around 1825, what is now the rear portion may have been constructed by 1762, which would make it a rare survivor of the once seminally important and legally mandated parish system. Amherst Parish owned the building between 1762 and 1780, and the Reverend Ichabod Camp, the parish’s only Anglican minister, occupied it. Once the house passed into private hands, Gabriel Penn, a politically and socially prominent citizen of Amherst for more than 30 years, became its occupant between 1780 and 1798. The building was last renovated in 1937, and it remains as one of the few documented 18th-century dwellings surviving in Amherst County.