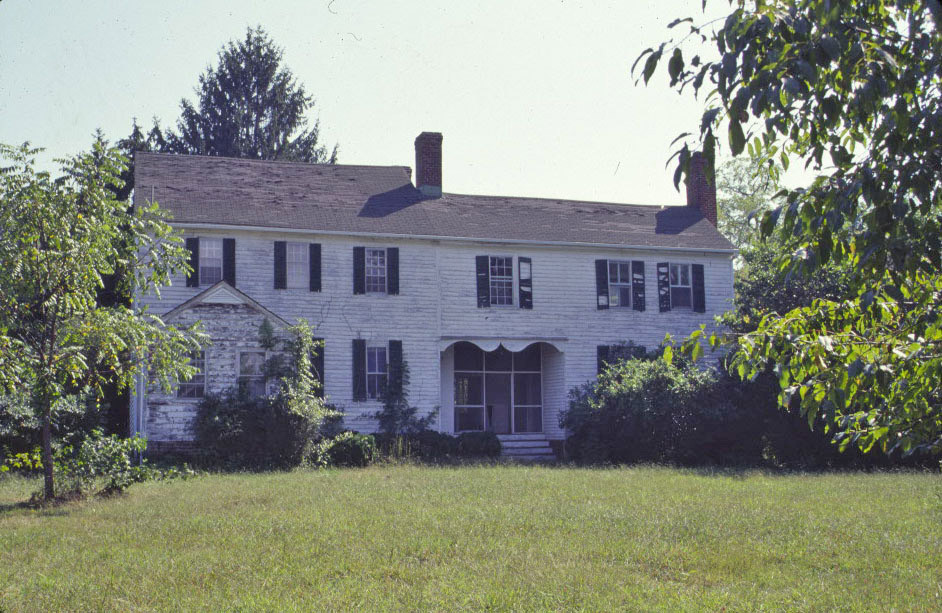 Tusculum, where William Sidney Crawford, Amherst County Clerk of Court, routinely transacted county business, was originally honored by placement in the registers for its architectural integrity. The two-story Georgian and Federal-style frame dwelling had been built in two phases. A two-room-deep, side-passage-plan section to the north was constructed possibly as early 1750; a one-room plan southern section was added around 1805. The house had stone and brick foundations, plain and beaded weatherboard siding, exterior gable-end brick chimneys, and a gable roof covered in asphalt shingles. The three-bay original section had a one-story entry porch on the east side; a similar porch on the west side was replaced by a small addition. A breezeway separated the first stories of the original section and addition, and continued as a porch along the east rear elevation of the two-bay addition. The interior was little altered and featured Georgian and Federal mantels, a stair with turned balusters, chair rails, wood floors, and plaster-lath walls and ceilings. In order to avoid demolition, the house was carefully disassembled and warehoused; it was re-erected in 2016.