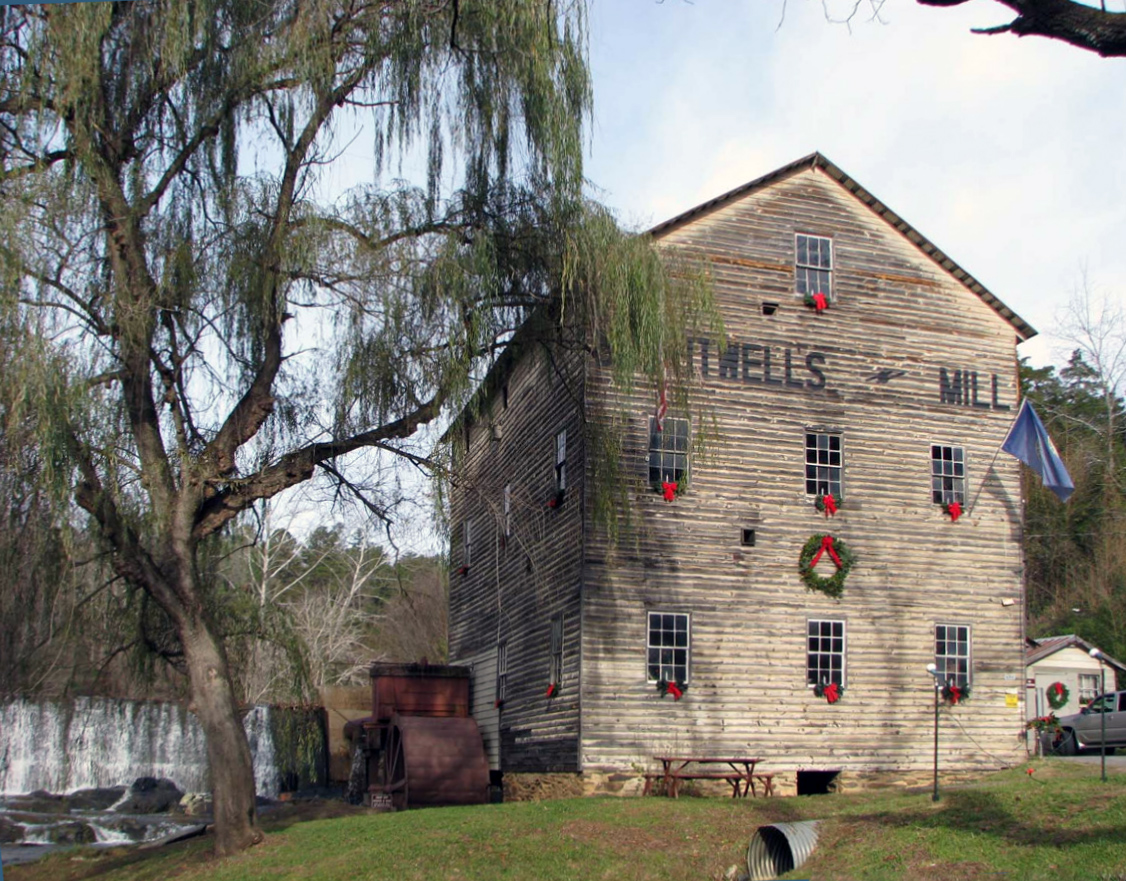 For more than 150 years, the Brightwells Mill Complex contributed to the production and commercial processing of grains in Amherst County, serving as a companion to other mills nearby. The focal point of surrounding farms during the early- to mid-20th-century, Brightwells was one of a few operating mills available to farmers in Amherst and adjoining counties. By the 1960s, it also was one of the last water-powered mills in the county. William Burford built the original mill prior to 1826 and a surviving ca. 1826 log house that was later incorporated into the existing miller’s house. The mill operated through the 19th century under successive owners who enlarged the complex. In 1942 a storm caused a flood that breached the mill’s 19th-century earthen-and-log dam and washed the mill and other buildings away, leaving behind only the mill stones and wheel. Soon thereafter, materials from the earlier mill were salvaged to rebuild a saw mill. Lumber was milled onsite and a new grain mill built. Then-owner Harmon Brightwell constructed new buildings on the property and remodeled and expanded the miller’s house. The mill ceased processing grains for human consumption in 1965.