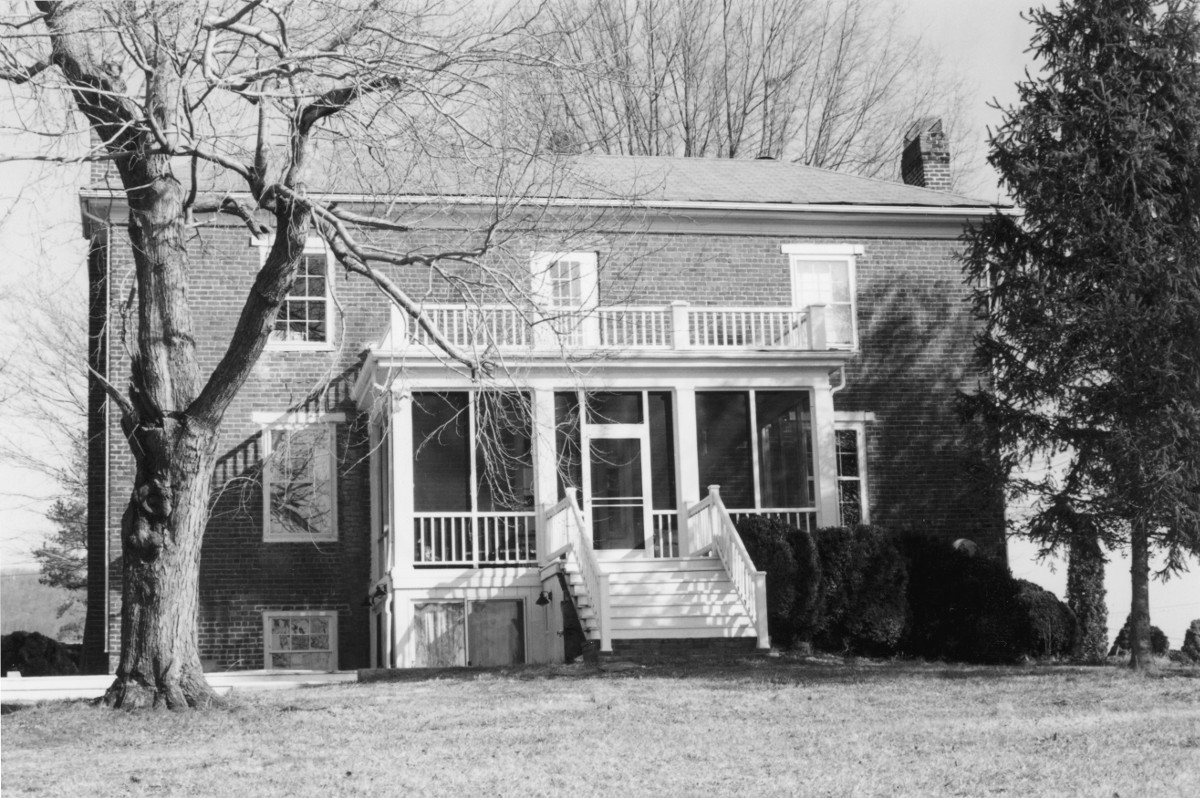 Speed the Plough’s nearly 300 acres in Amherst County, with an 1850 brick house and collection of farm buildings, is an excellent example of the progression of Virginia’s agricultural economy from the later 18th to the mid-20th century. The farm originally grew tobacco and grains, and as many as 14 slaves worked there in 1860. In the early 20th century, the Dearing family, for whom the Greek Revival-style main house was built, switched to fruit production, and eventually raised cattle. The Dearing family cemetery and two African American cemeteries are on the property, and buildings formerly used for agricultural purposes include a springhouse, barn, and chicken house. Some of these buildings are now used as residences. The farm’s name derives from a 15th-century English phrase that wished one prosperity or success; it was used by 1850 when William Alexander Dearing purchased the property. The Dearing family retained the property until 1915, when it was purchased by the Montrose Fruit Company.