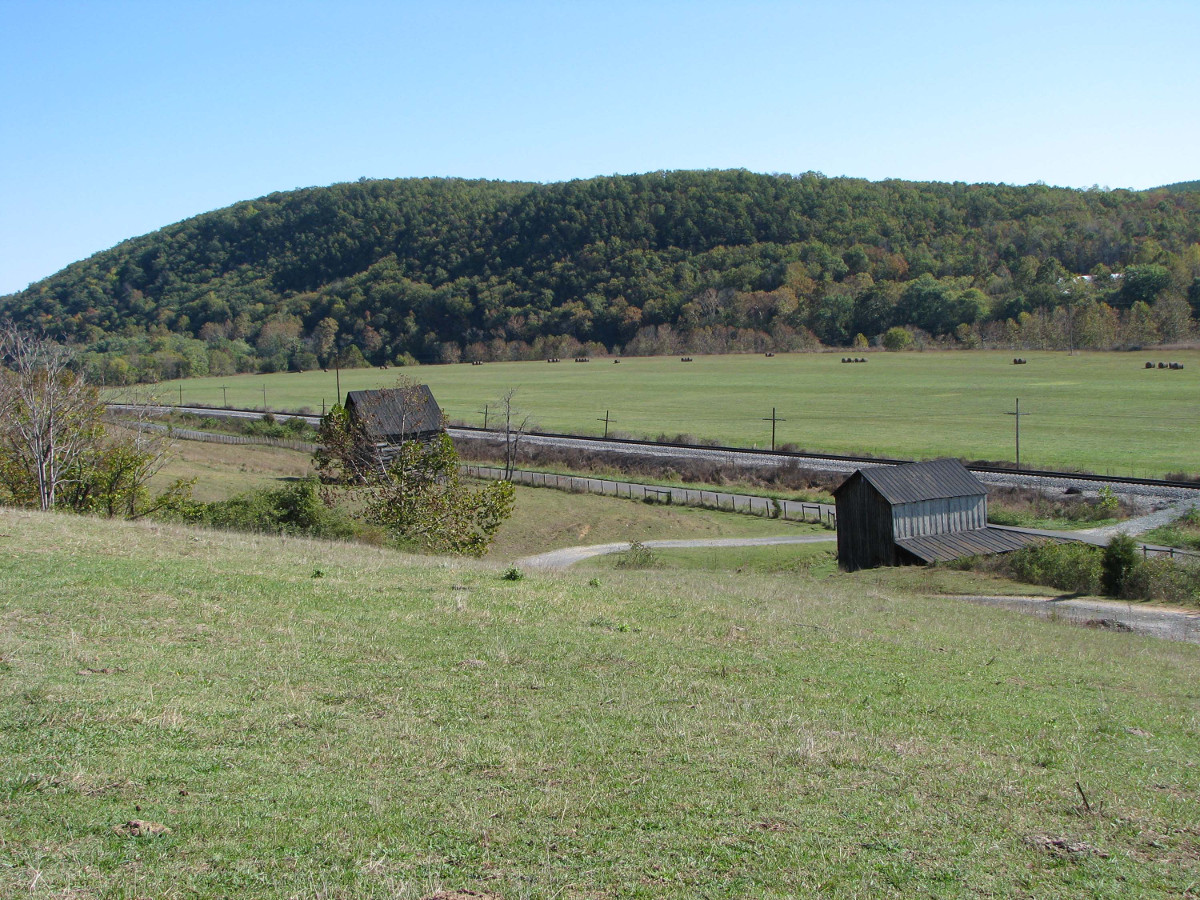 Located in Amherst County, the Galts Mill Complex designates the mill and surrounding buildings and farms that comprise today’s village of Galts Mill, named for William Galt, who built the stone-and-brick mill and a miller’s house circa 1813. The mill ground grain for sale in markets beyond the local area until 1956, playing a vital role in the county’s milling industry. Still retaining most of its 19th-century milling equipment, Galts Mill is also one of four remaining 19th-century mills in the county. The mill village was tied economically to the James River and Kanawha Canal as well as the succeeding Richmond and Allegheny Railroad line, encouraging the growth of a commercial area for local farmers from both sides of the James River and developing as a stop for travelers along the canal and then the railroad. The village economy declined by the mid-20th century, and today Galts Mill appears much as it did when the mill closed.