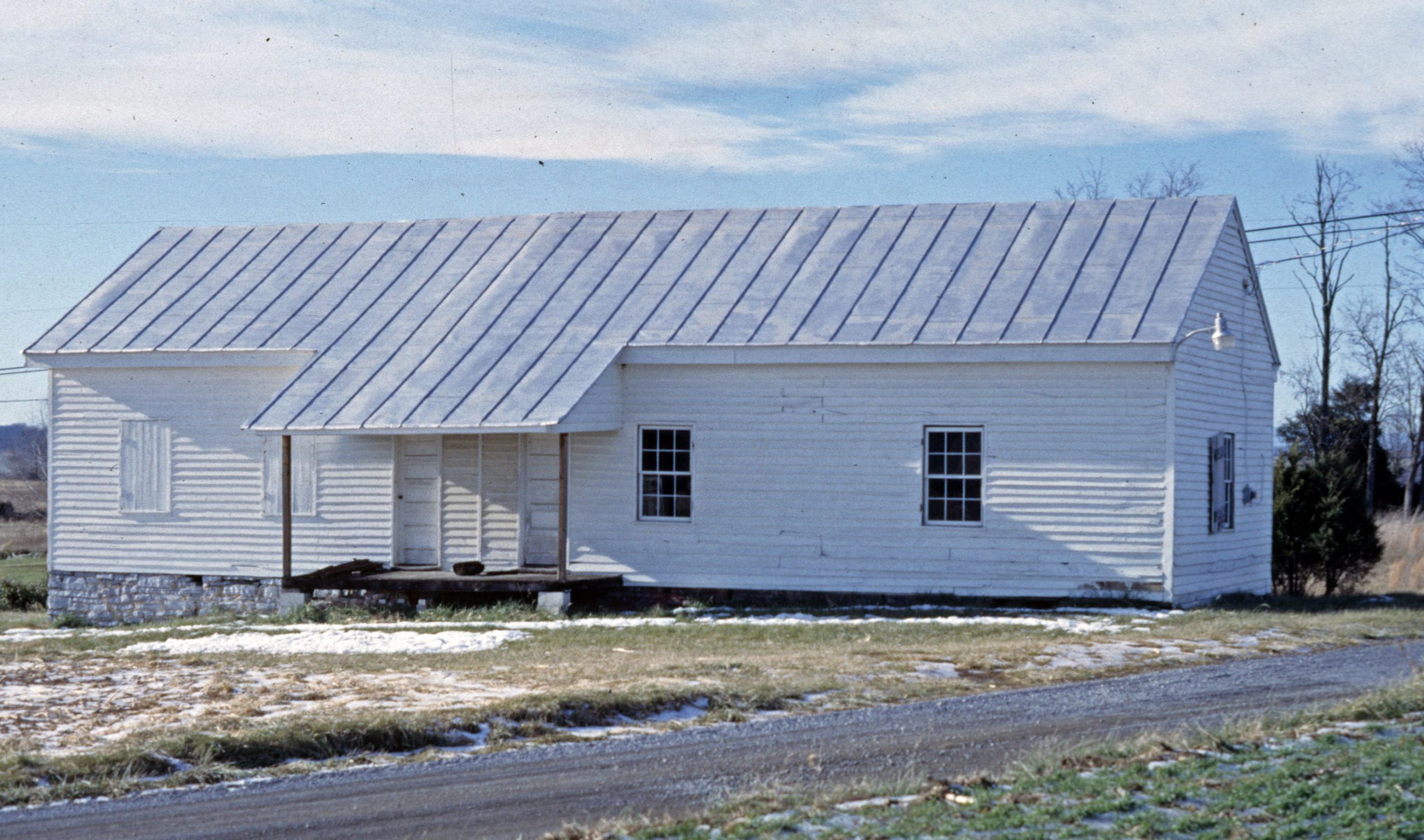 A landmark along one of the county’s many scenic country roads, the West View Schoolhouse was built as a one-room school in 1875, during Augusta County’s first wave of school construction following the free public school system mandated by the Underwood Constitution of 1869. The completely plain structure displays the dimensions and frame construction that characterized these early free schools. The school was enlarged to two rooms in 1890. West View continued to serve its rural neighborhood until 1917 when area schools were consolidated into the new Weyer’s Cave School. The building was sold into private ownership in 1929 and has since been used for storage. Remarkably unaltered, the interior preserves original board sheathing on walls and ceiling, never painted nor whitewashed. Simple wooden shelves still line the central wall.

The schoolhouse was demolished some time prior to 2017.