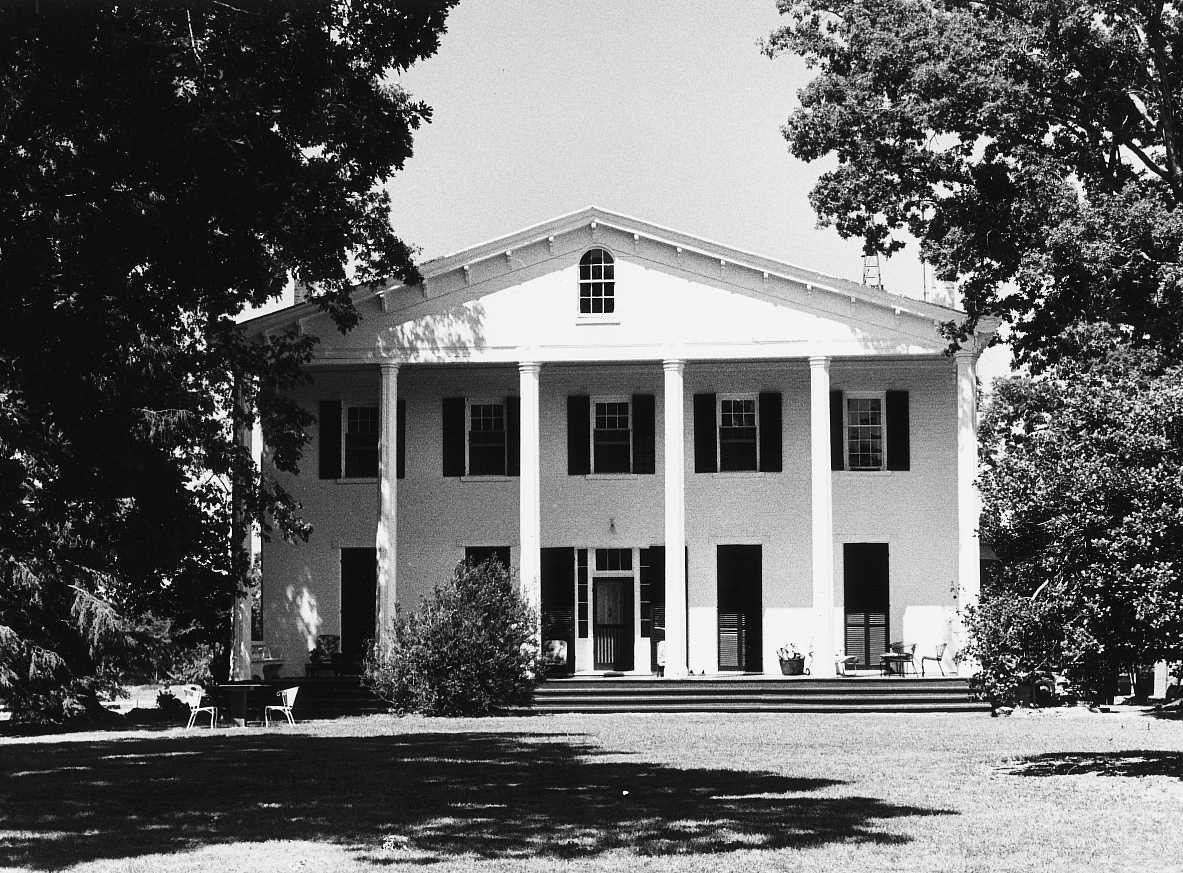 This plantation house was remodeled from an 1831-33 Federal I-house, built by the Brodnax family, into a porticoed Romantic Revival mansion, a transformation influenced both by regional example and published design. Alexander J. Brodnax adapted the floor plan from a plan in Philadelphia architect Samuel Sloan’s The Model Architect. Brodnax’s 1860 edition of Sloan’s work, with his penciled notations on Design LVII, plate XC, was passed down among family possessions. Family tradition has it that the airy portico, somewhat Italianate in character, was inspired by the Doric portico of Berry Hill in Halifax County. Several of the 1860 features, especially moldings and brackets, show a stylistic similarity to the works of Jacob Holt, a Southside builder/architect. The powerful composition remains one of the most impressive vestiges of antebellum patrician lifestyle in the region.