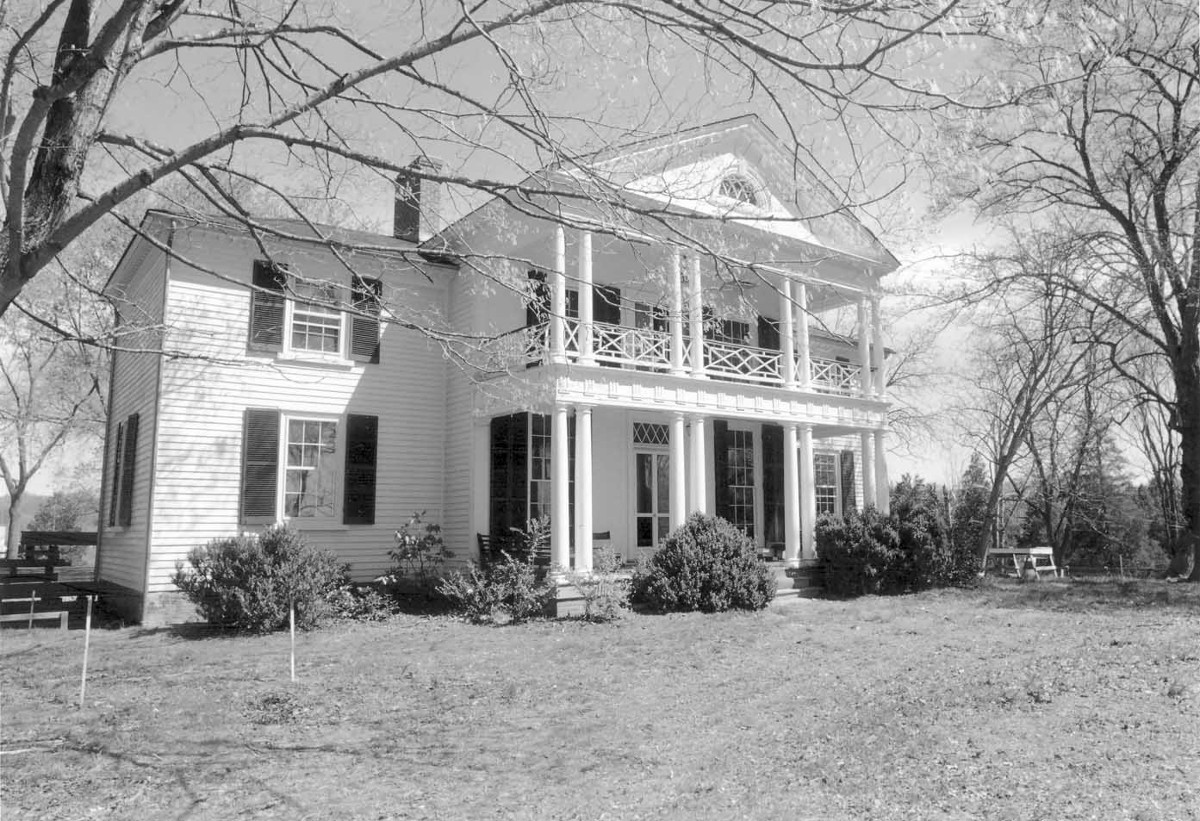 Chellowe, a three-part Palladian house, was begun circa 1820 and finished about 1840. Its elegant superimposed portico, supported by four pairs of slender Doric columns on each level, features a Chinese railing on the second level, and is a beautiful late variation on familiar Jeffersonian themes. A branch of the Bolling family owned the plantation, which reached its present form during the ownership of Philip Bolling, who probably employed builder Valentine Parrish in its construction. Bolling represented Buckingham County in the Virginia House of Delegates and was prominent in the debates following the Nat Turner Insurrection, arguing for the eventual abolition of the “blighting, withering curse” of slavery. His liberal views regarding enslaved Africans contributed to his defeat in the next election.