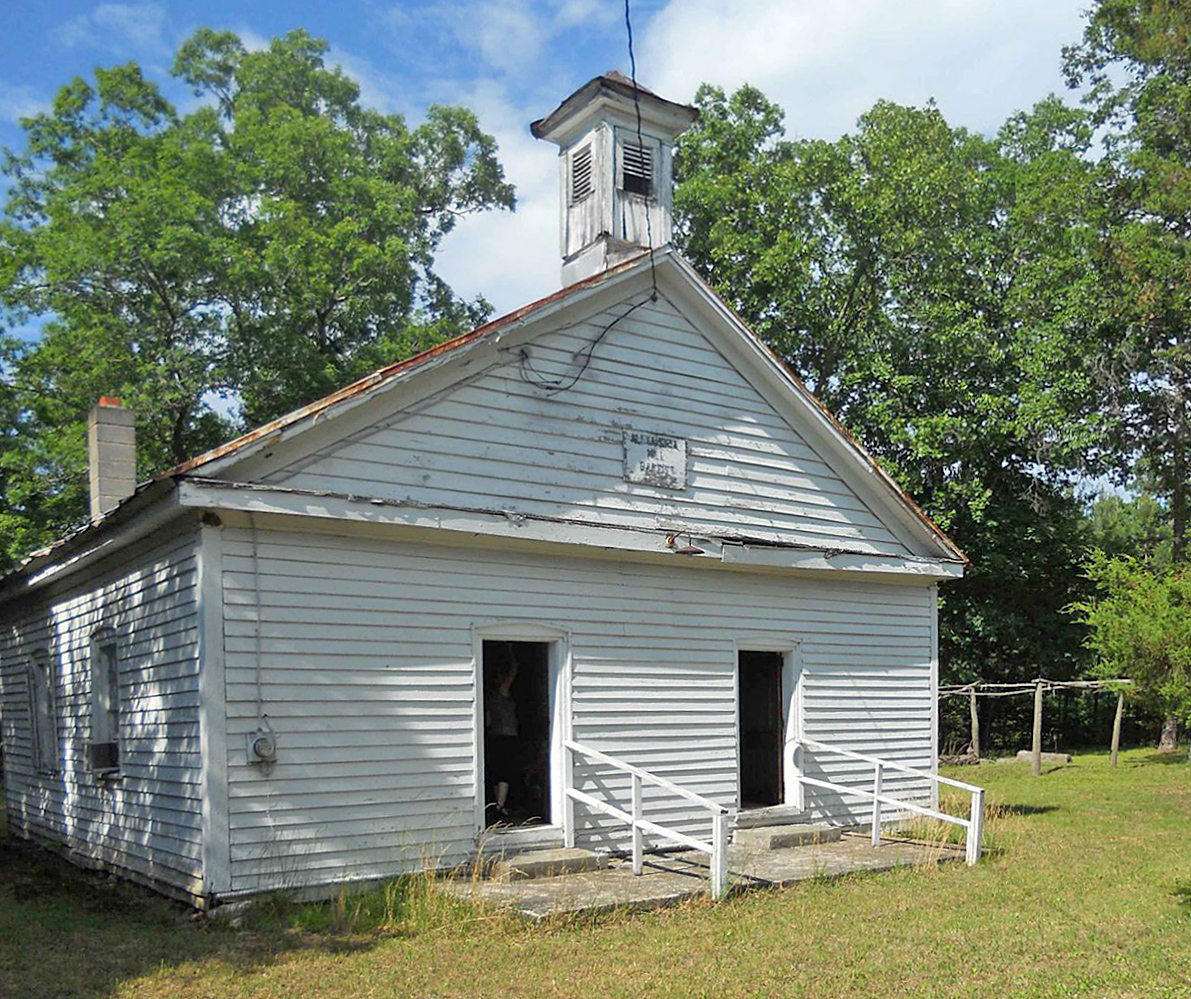 Alexander Hill Baptist Church was built around 1870 during Reconstruction and served a rural African American community in Buckingham County into the 21st century. The presence of a preacher’s mound on the property suggests the site was used for religious purposes prior to the building’s construction and possibly even before emancipation by the enslaved men, women, and children living at Sycamore Island, a nearby plantation. Along with Alexander Hill School (no longer standing on the property), from the Reconstruction Era forward the church was a focal point for African Americans in the community. An important local example of vernacular log construction, the church was later enhanced, likely in the early-20th-century, with Greek Revival-style elements such as a pedimented gable, cupola, and interior trim work.