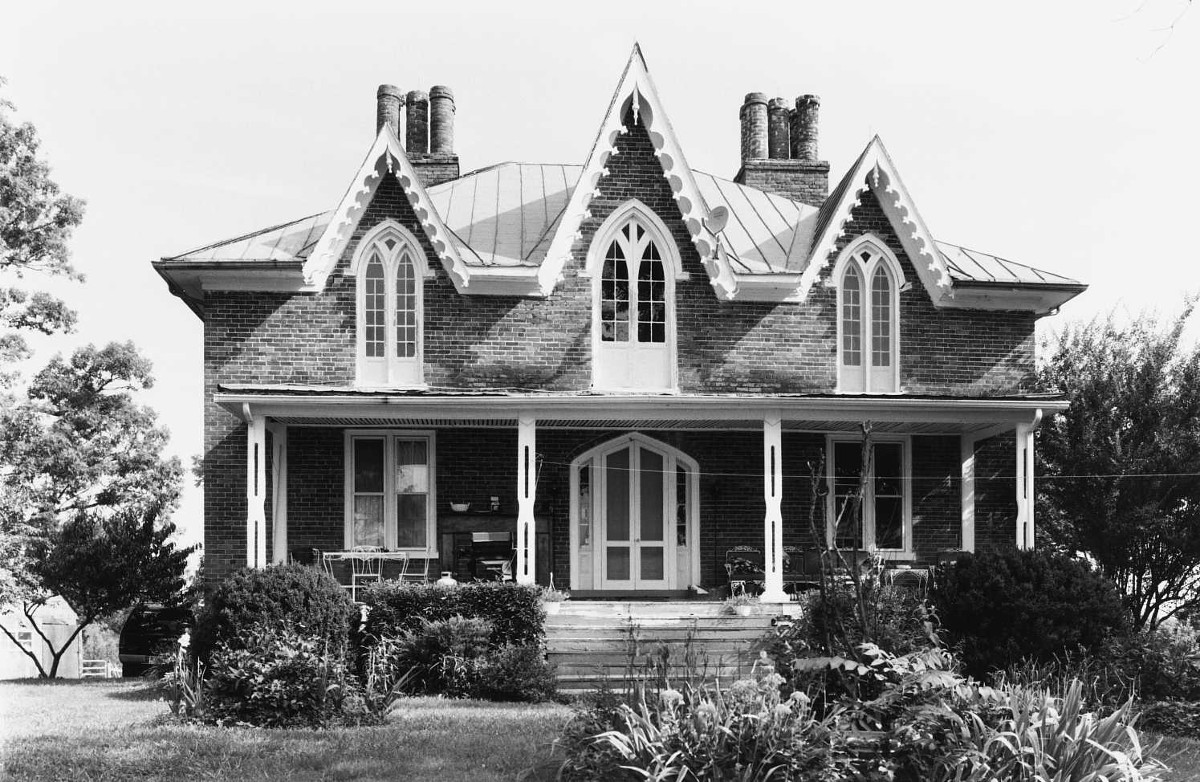 Perry Hill is a rare example of Gothic Revival cottage architecture adapted for a central Virginia country residence. Such building types were popularized in the mid-19th century by the writings of Andrew Jackson Downing. Acceptance of the Gothic style was limited in Virginia partly because of the popularity of the Classical Revival styles that dominated architectural taste until the Civil War. Col. Thomas Moseley Bondurant, a Whig politician and publicist in Buckingham County, built the house for his daughter and son-in-law ca. 1851-52. The house is said to have been named in honor of Oliver Hazard Perry, a naval hero of the War of 1812. Typical of the style, Perry Hill has Gothic windows with Y mullions, pointed gables decorated with sawn-work bargeboards, and clustered chimney stacks. The rectangular outline and symmetrical plan are influenced by traditional Virginia house design.