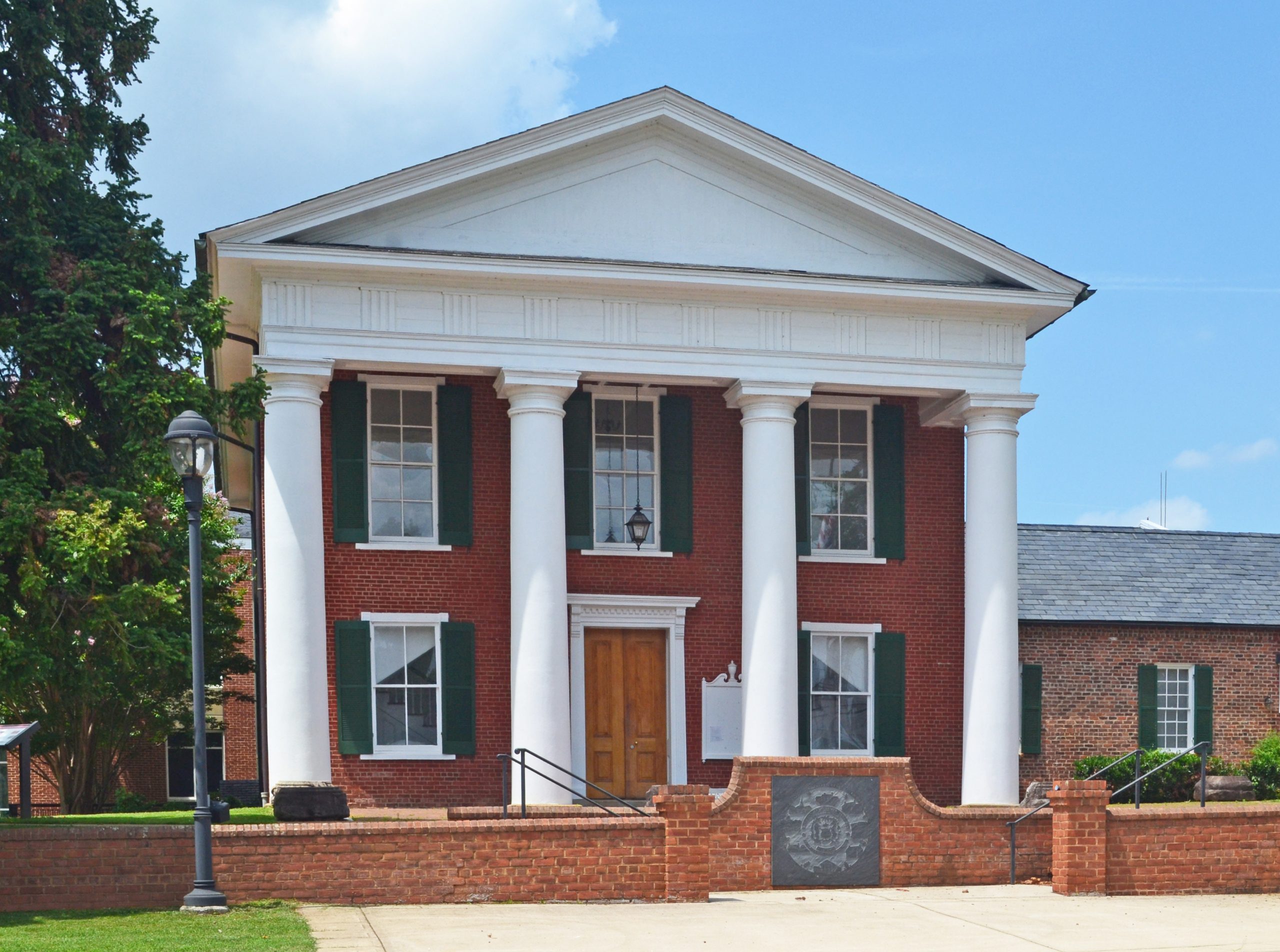 Established in 1818, this county seat village was originally named Maysville. A simple courthouse was built just west of the settlement, but within three years a new courthouse was needed. Charles Yancy, one of the Buckingham County commissioners, wrote Thomas Jefferson requesting a set of plans. Jefferson complied, and the courthouse, completed in 1822, was the state’s first temple-form, porticoed courthouse. Around it developed a complex of court structures, taverns, and dwellings. Several of the buildings, most conspicuously Trinity Presbyterian Church, have a Jeffersonian character. The courthouse burned in 1869 and was rebuilt in 1873 along similar lines. Gen. Robert E. Lee and his defeated army passed through the village following Appomattox. Lee refused accommodation in a local tavern and pitched his tent with his men for the last time just east of town. The Buckingham Court House village preserves its 19th-century air with few modern intrusions.