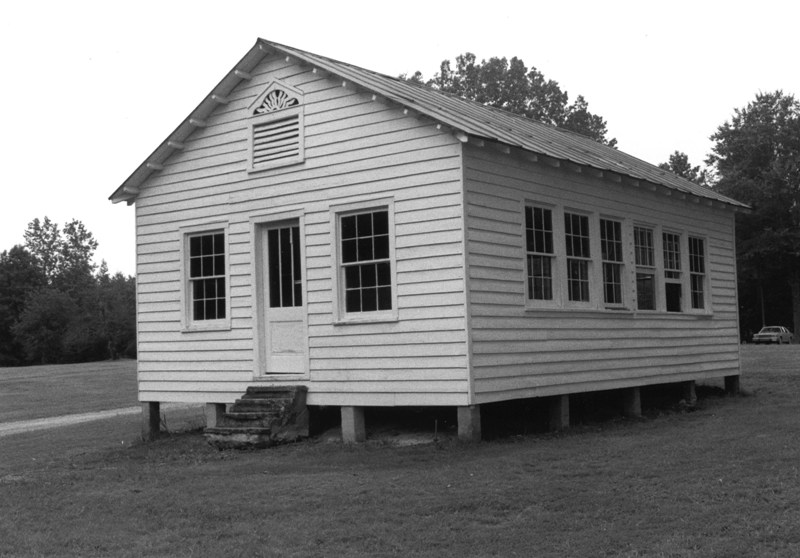 Jericho School is a small, one-room, frame school with a gable-end entry. Windows on the gable ends and along the western side illuminated the interior, where a blackboard occupied the east wall. Built in 1917, it served as a school until the early 1960s. The structure is an intact example of an early-20th-century one-room school for African Americans who until then had been denied a formal education. The school also illustrates the influence of the Julius Rosenwald Fund on school construction. There is no historical documentation to suggest that the Rosenwald Fund, which helped finance many African American schools across Virginia and the rest of the South, was used. However, the school’s plan closely resembles those that the Fund developed for one-teacher schools and demonstrates the influence of the popular designs.