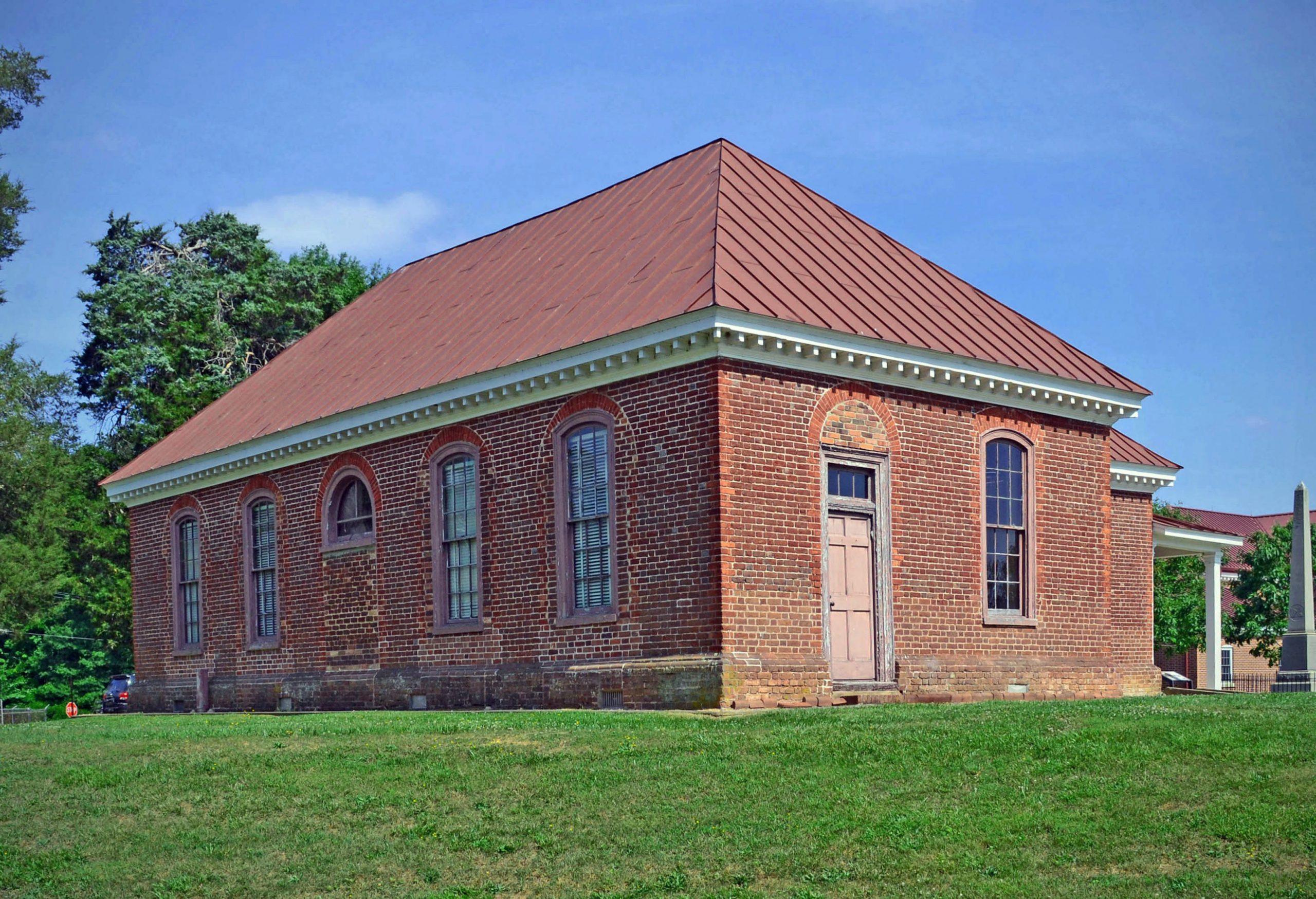 Named for Prince Charles, later King Charles I, the Charles City Corporation was established in 1618 and became Charles City County in 1634. Earlier courthouses were located at City Point and then Westover. The present courthouse was erected in the 1750s following the imposition in 1748 and 1749 of a special levy for the construction of a new court building. Following completion, the court made payments to Col. Richard Bland, a builder. The compact edifice is one of Virginia’s six remaining arcaded colonial courthouses. The similarity of the brickwork to that at nearby Westover suggests that the two buildings shared brickmasons. The courthouse was rifled by Union troops during the Civil War, and many early records were lost. The arcade was later enclosed to provide additional space. The courthouse still serves its original use after more than two and a half centuries.