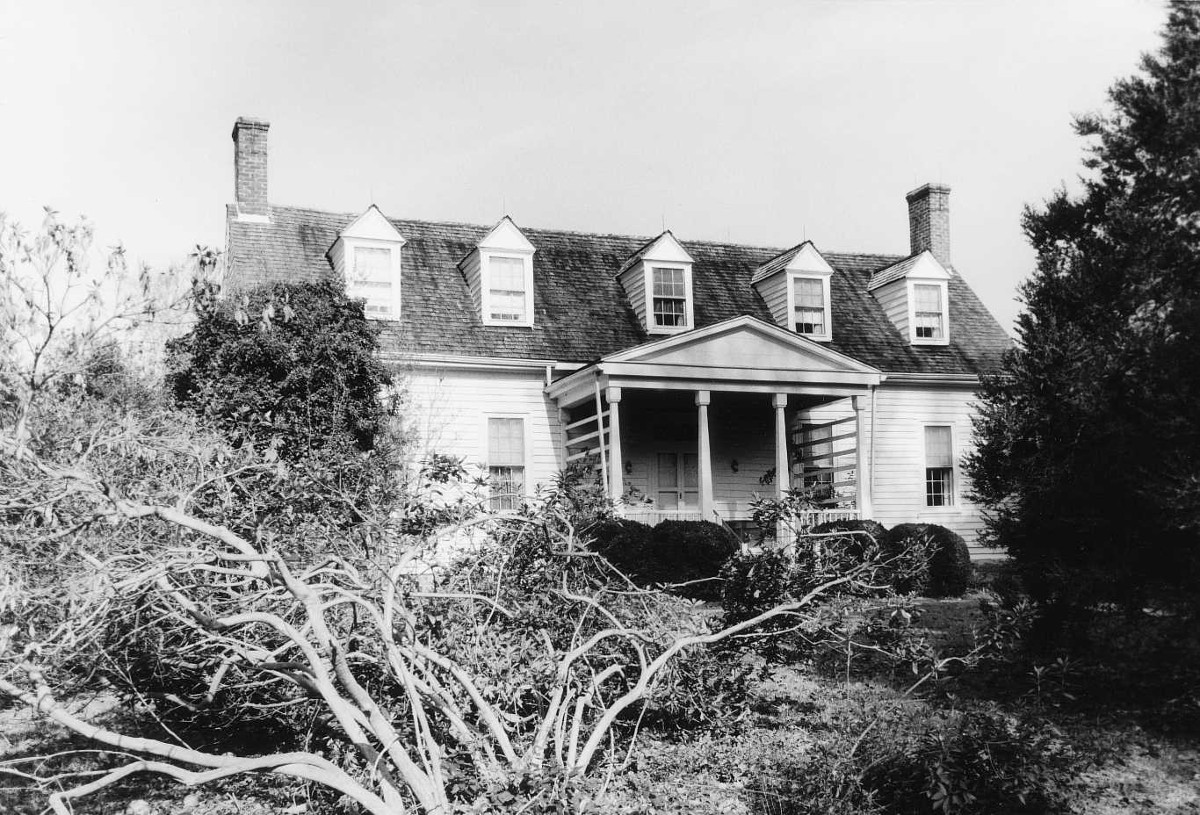 Barely touched by modernization, this weatherboarded old dwelling, overlooking Weyanoke Peninsula’s marshy Kittewan Creek, typifies the colonial period’s medium-size plantation house. Although unpretentious on the exterior, its interior is embellished with full paneling and other trim that would be noteworthy in a much larger house. The tract on which Kittewan is located was included in property acquired by Governor George Yeardley in 1618. The construction date of the house is uncertain, but it was the home of Dr. William Rickman, who was appointed by the Continental Congress in 1776 to be in charge of Virginia hospitals during the Revolutionary War. Dr. Rickman died at Kittewan in 1783. During the Civil War Kittewan was occupied by the Union troops under Gen. Philip Sheridan.