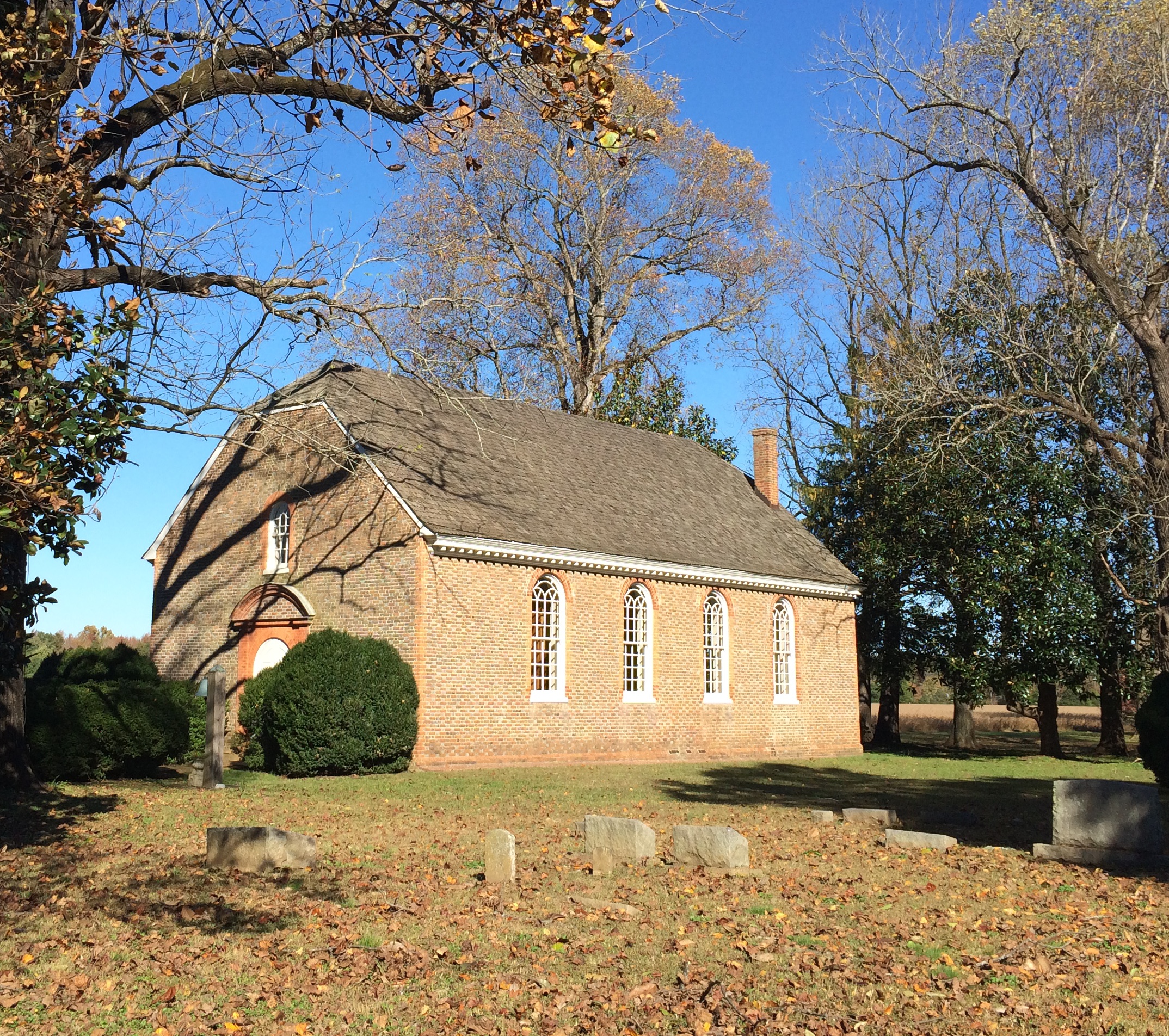 Established as early as 1625, Westover Parish is one of the oldest church units in the country. The first church stood just upriver from Westover plantation but was replaced by the present, more centrally located, brick church in 1731. Its rectangular form was favored for the colony’s smaller ecclesiastical buildings. Westover Church served the families of the great plantations of Charles City County, and presidents William Henry Harrison, Benjamin Harrison, and John Tyler worshiped here. As a result of the disestablishment, the building stood abandoned beginning in 1805 for nearly thirty years. It was returned to service but was later desecrated by Union troops during the Civil War. Repaired after the war, it has continued in active use since. The molded brick entrance was restored in 1956, and the clipped-gable roof was returned to its original form in 1969.