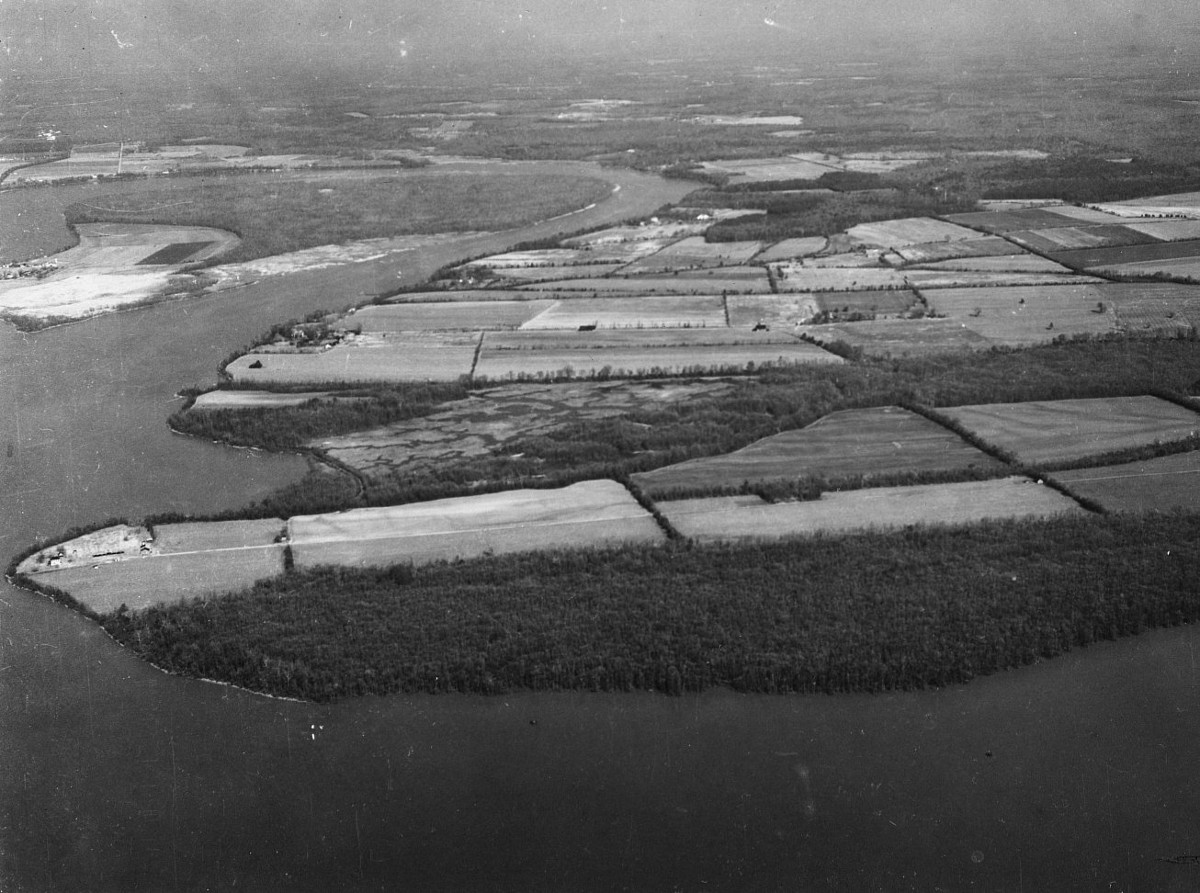 Eppes Island has been occupied by successive generations of the Eppes family since 1624, making it the oldest farm in Virginia, and possibly the nation, in continuous ownership by the same family. Initially settled as part of a land grant to Francis Eppes, the island was part of Shirley Hundred, one of the most prosperous of the Virginia Company settlements. An archaeological investigation of Eppes Island undertaken by the Virginia Department of Historic Resources in 1984 revealed a series of sites dating from the early 17th century into the 18th century. An important prehistoric site of the Archaic and Woodland periods was found at the same time. The ca. 1790 Eppes dwelling stands on the island’s western end. Despite extensive gravel mining in recent years, additional archaeological resources are believed to remain.