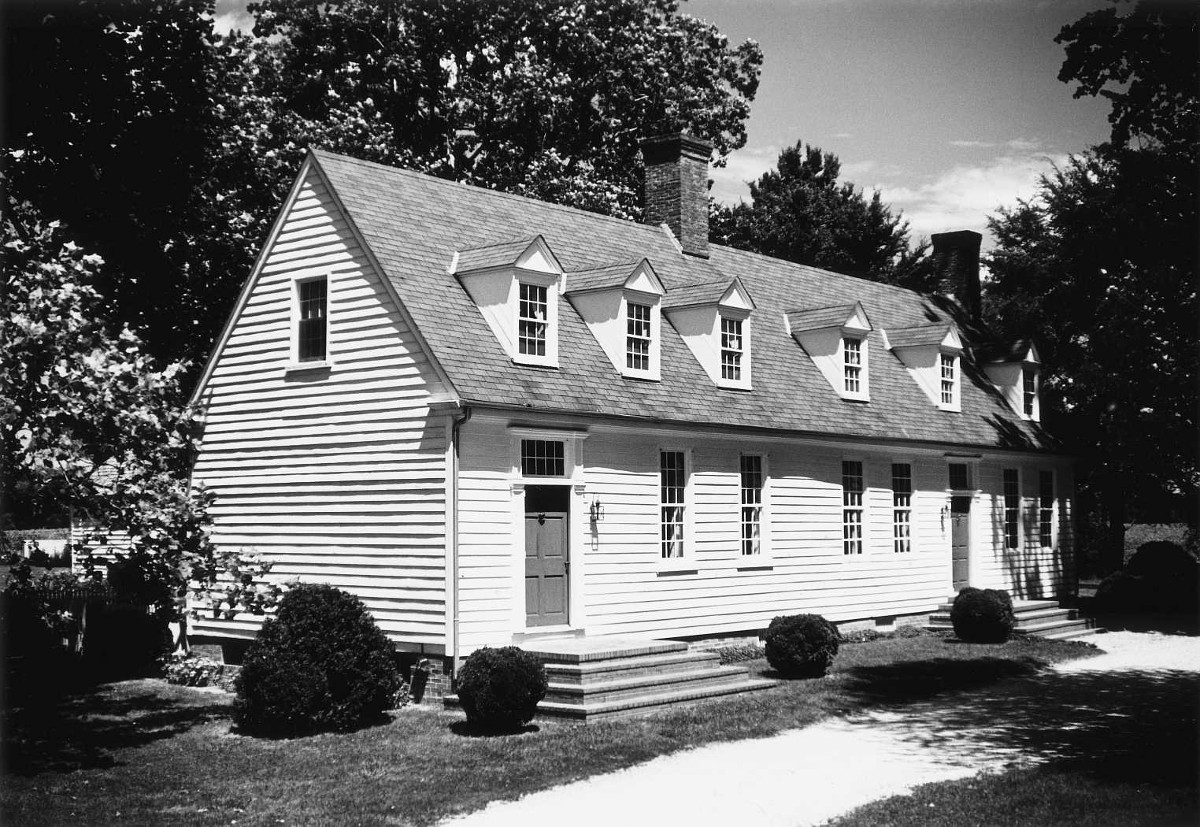 The original five-bay portion of this modest plantation house illustrates in its form and construction details the transition from 17th-century building methods to 18th-century ones. The exposed interior framing with summer beam and the heavy closed-string stair railing are characteristic of the 17th century. The symmetrical facade and center-passage floor plan are harbingers of standard 18th-century forms. The three-bay western section was added ca. 1800. Because of destruction of Charles City County records, Belle Air’s construction date is difficult to document. Daniel Clarke purchased the property in 1662 and the house could have been built for him or his progeny. Whatever its date, Belle Air is a unique surviving example in Virginia of a wooden house with post-medieval-type exposed interior framing. It is also likely the oldest plantation dwelling along Virginia’s historic Route 5.