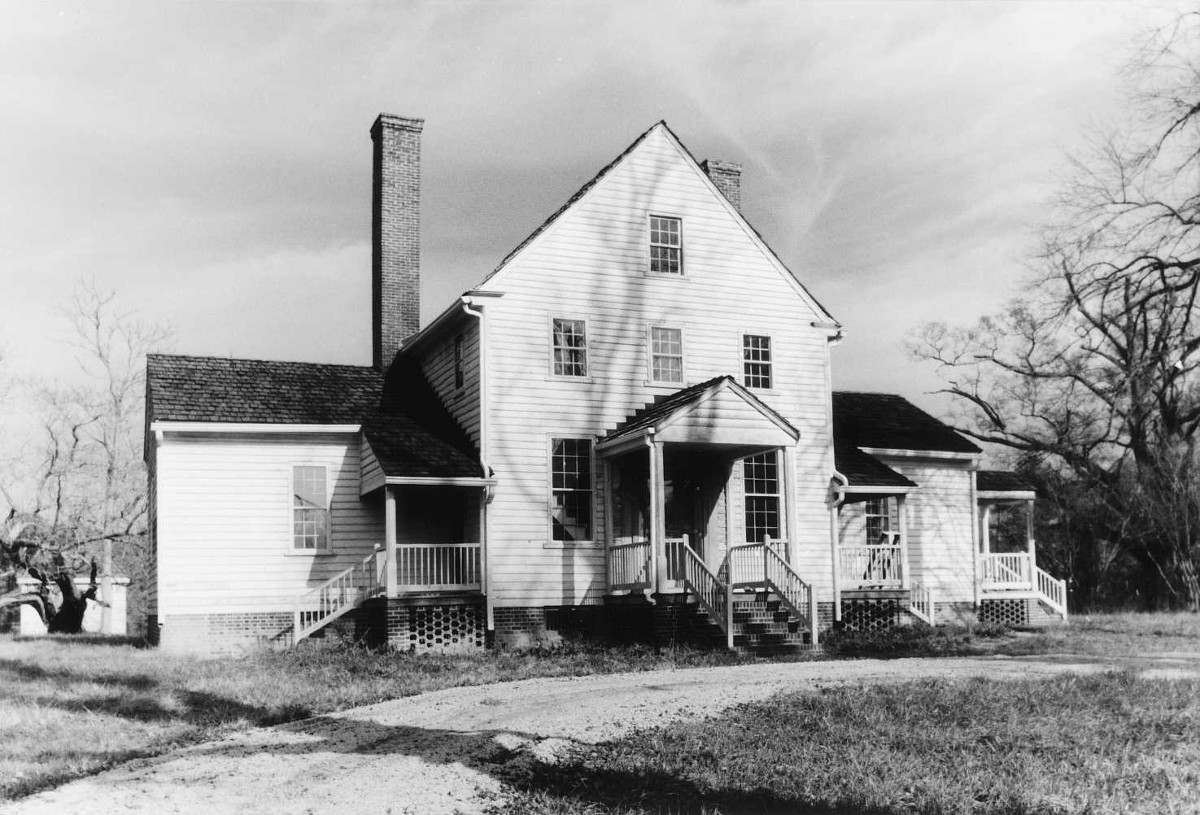 Woodburn was erected for John Tyler, tenth president of the United States, and occupied by him while he served as a congressman and as governor of Virginia. Tyler purchased the tract in 1813 and built the house shortly afterwards. In 1831 he sold it to his brother Wat H. Tyler. The house, described by John Tyler as a “decent and comfortable dwelling,” is a provincial version of the tripartite Palladian house, a form popular in the South during the late 18th and early 19th centuries. The form consists of a two-story, gable-fronted center section flanked by one-story wings. Unlike more formal versions, Woodburn lacks classical proportions and details, but it maintains the form’s bold outline. The house preserves plain but handsome interior woodwork as well as three early outbuildings. Woodburn is undergoing long-term restoration by its present owner, a Tyler descendant.