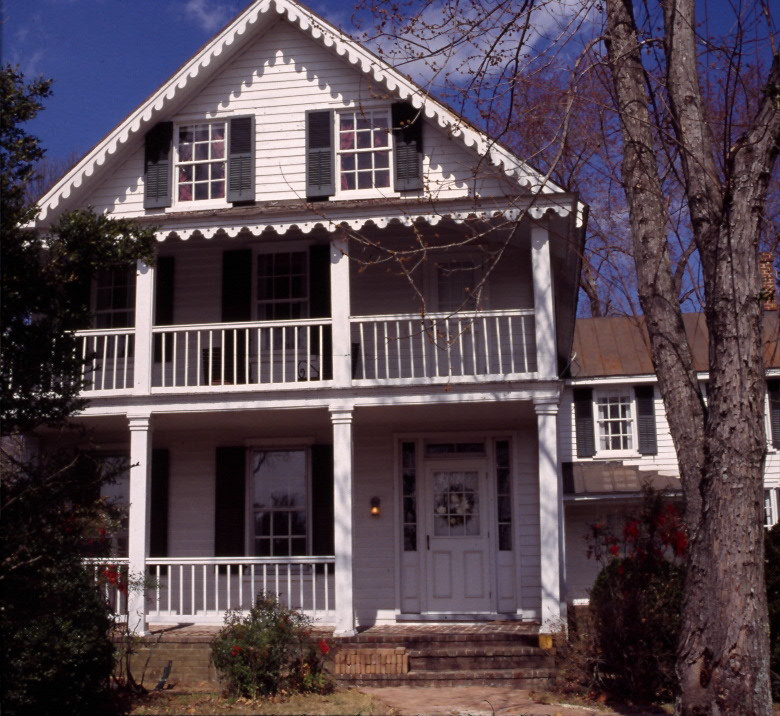 Located along Route 5 and across from the ca. 1750 Charles City Courthouse, the Nance-Major House and Store stands on a land parcel long associated with the courthouse tract, and at one of the most important crossroads in colonial and 19th-century Virginia. The ca. 1872 store, which may have been constructed on the site of a tavern that existed before the Revolutionary War, operated from 1874 until 1963. While selling dry goods, sundries, and agricultural supplies and tools, the store also played a more significant role than other country stores because of its proximity to the courthouse. People depended on the store to issue birth and death certificates and sell caskets; provide informal banking services by extending cash on credit, cashing checks, and issuing money orders. Sometimes the store offered food and sundries on credit to indigent residents, charges that were later reimbursed by the county. Early on it had a public phone, and housed a post office for nearly 50 years. At different times, the Major family operated a blacksmith shop, livery, gas station, automotive and tire repair garage, and ice delivery service. The store and its subsidiary business operations employed many area residents. Near the store is the L-shaped Nance-Major House, constructed around 1869, embodying Greek Revival elements, unusual in Charles City County. In addition to the house and store, the complex also includes four additional contributing resources: a smokehouse, a grain barn, a tool shed and a garage.