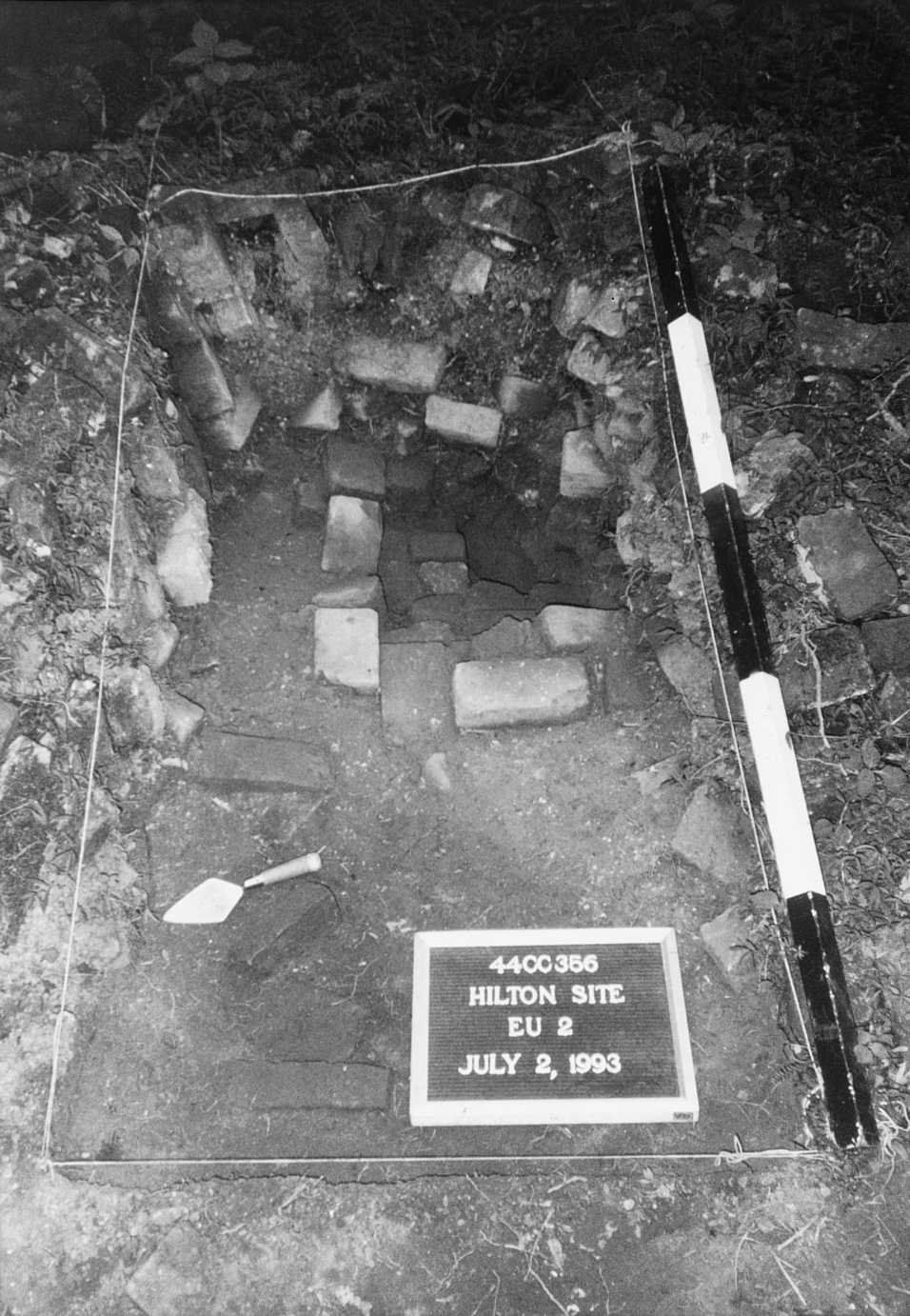 This site includes the remains of a simple house built between 1870 and 1877 for Aaron Hilton (1832-1916), a respected former slave of the Lewis-Douthat and Selden families. An anonymous writer in 1915 described Hilton as “one of the landmarks of Charles City County,” saying that he was an authority on the care of sheep and that neighboring farmers relied on him for advice on all occasions. In 1877 Hilton was able to realize a primary ambition of freedmen by purchasing a five-acre parcel, the tract where he had built his house. Because written records of freedmen’s domestic lifestyles are uncommon, the archaeological remains of Hilton’s house, accompanied by unusually substantive documentation, give the site particular significance for providing information on a neglected facet of Virginia social history. Tests by Virginia Department of Historic Resources archaeologists in 1993 confirmed the site’s location.