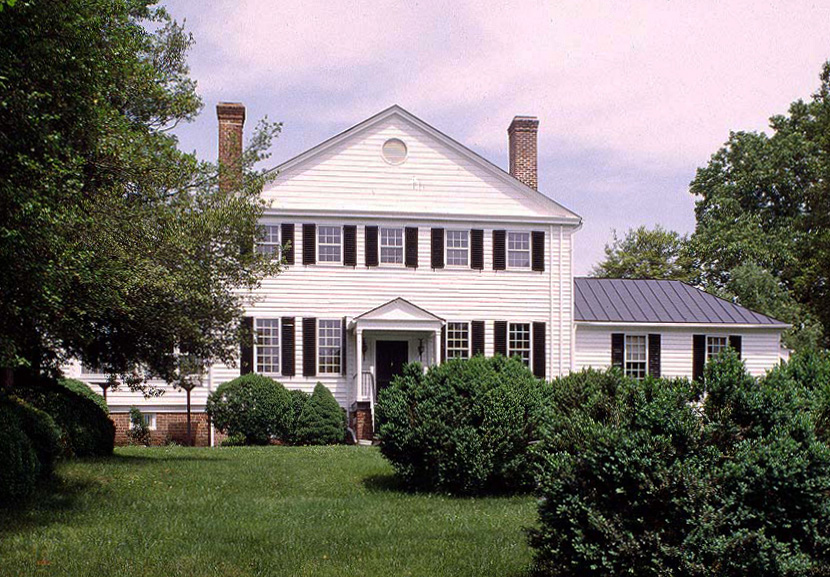 Dominated by a monumental pedimented roof, this large plantation house, set on terraces above the Appomattox River in Chesterfield County, was built between 1755 and 1770 by Roger Atkinson, a public-spirited entrepreneur and letter writer, for his eldest son and namesake. The house is interesting for its unusual plan and for the quantity of original fabric it preserves. Still intact are its molded weatherboards, window sash, and louvered shutters, and paneled woodwork. A striking interior feature is the complex Chinese lattice stair rail which may have been inspired by the Chinese stair in Battersea across the Appomattox River in Petersburg. The pedimented roof appears to be an early-19th-century alteration, replacing a conventional gable roof. The house, a fine demonstration of the architectural dignity that could be achieved in wood construction, was restored after World War II.