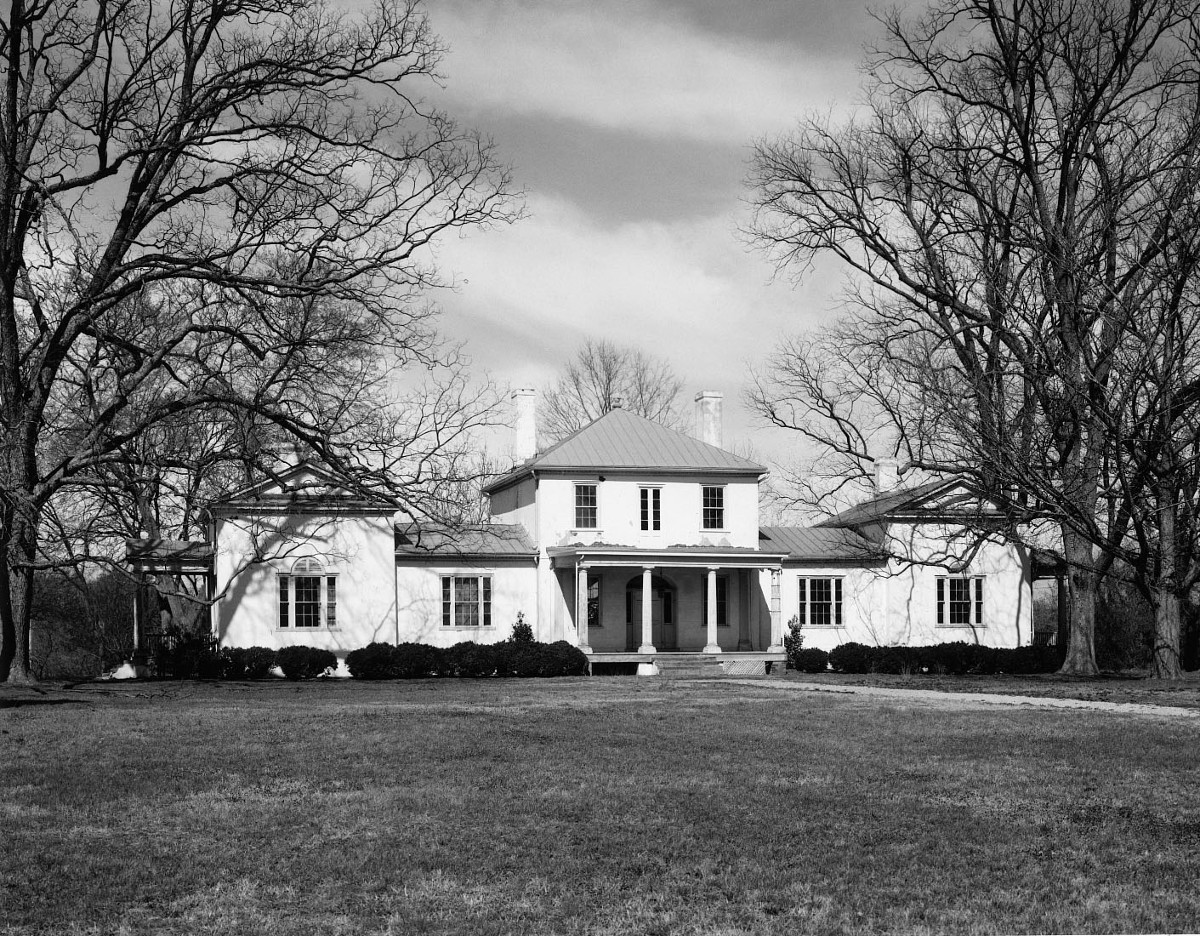 With its sectioned massing, Battersea displays, perhaps best, the Anglo-Palladian influence on Virginia’s finer colonial plantation houses. The elegant but compact house was built in 1768 for John Banister, a Revolutionary delegate, congressman, and framer of the Articles of Confederation. Remodeled more than once, the house displays three part windows and much trim, both inside and out, which dates from the early 19th century. The elaborate Chinese lattice stair, however, based on a published design the English architect William Halfpenny, is original and is the finest example of its type in the state. The center block at one time had a two level portico, of which parts of the lower tier remain. Despite the development of much of the plantation’s former acreage, the house preserves a rural setting along the Appomattox River. Battersea is owned and exhibited by the city of Petersburg.