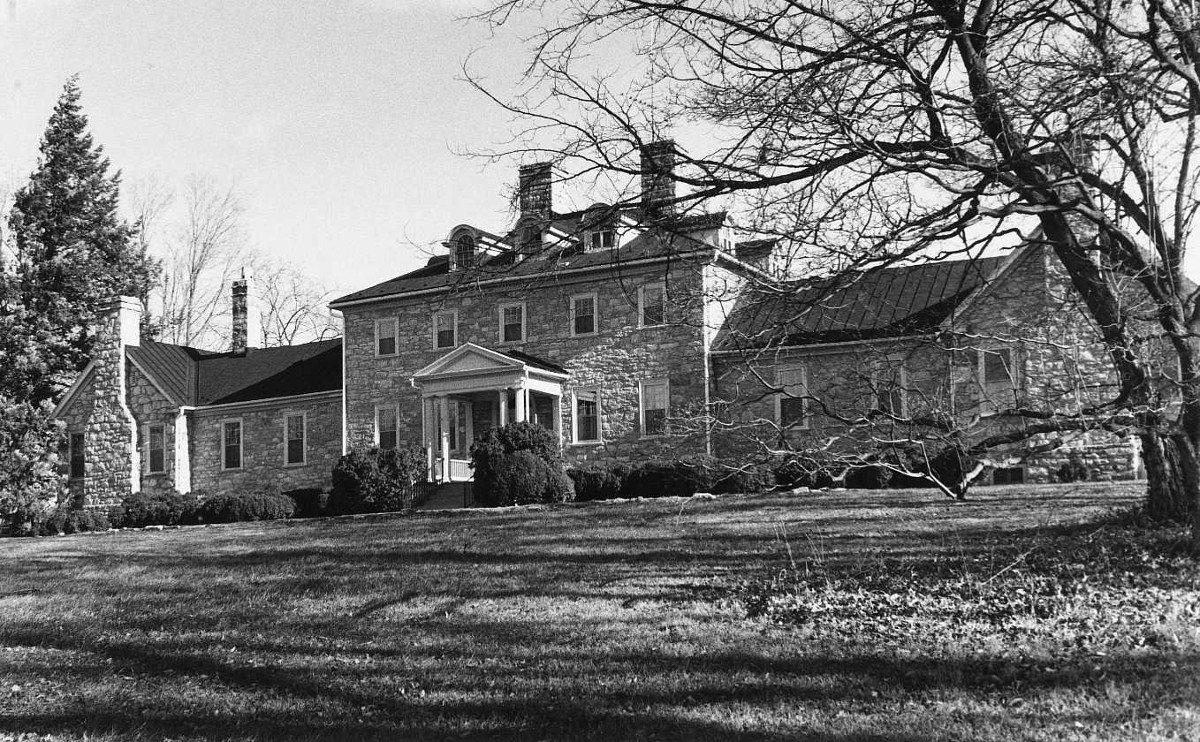 Fairfield is one of the largest of several houses erected in the late 18th century by members of the Washington family on their extensive holdings in the lower Shenandoah Valley. Most of these properties are now in West Virginia. Fairfield follows the symmetrical, rectangular format typical of Virginia’s Tidewater Georgian houses but is built of native limestone. It was completed ca. 1770 for Warner Washington, whose first cousin George Washington visited here on numerous occasions. The dormers and terminal wings were added in this century by the Richardson family, who acquired the property in 1830. The one-story connecting wings are part of the original construction. The house preserves its original Georgian stair and paneled woodwork. The handsome grounds have terraced gardens. Fairfield’s unusually large brick and stone barn was probably built in the early 19th century.