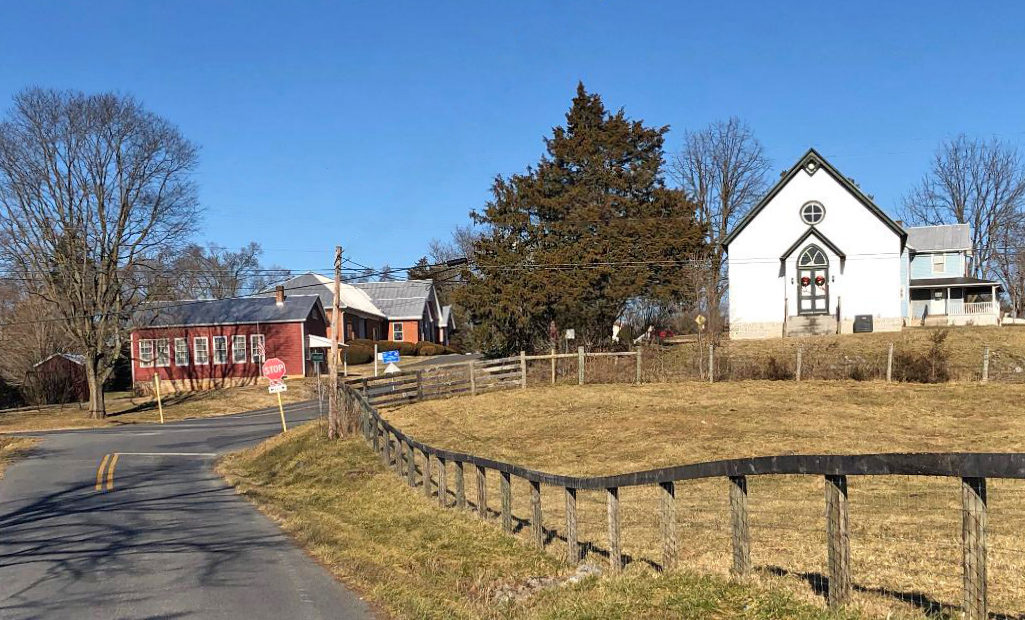 The Rockland Rural Historic District abuts and encompasses portions of the Shenandoah River. The district was part of the extensive colonial-era land holdings of Thomas Lord Fairfax.  These lands were subsequently owned through several early land grants to prominent Tidewater families, including Robert “King” Carter, his heirs, and the Marshall family. Featuring at the time of its listing a number of historic farmsteads (such as Erin and Mount Zion), a community cemetery, ten family burial grounds, a largely unaltered road system dating back to the early 19th century, and several very small crossroads communities with three schoolhouses and three small churches, the Rockland Rural Historic District conveys the story of its growth and development from the late 18th century to modern times. Many large land holdings associated with 18th- and early-19th-century families retain much of their original configuration as defined by the Shenandoah River and Manassas Run, creek beds, and early roads. The district also includes the remnants of mills and mill races and a well-documented and locally important Shenandoah River crossing at Morgan’s Ford, spanned at the time of the listing of the district by a 1925 low-water concrete bridge. Located near Morgan’s Ford is the site of an early African American settlement known as Smoke Town, although its exact location had not been confirmed through archaeology at the time of the listing of the district. Smoke Town was founded by free people after Robert Carter III, one of the area’s wealthiest landholders, gradually manumitted more than 500 enslaved persons beginning in 1791. Along with a sizable collection of well-preserved farmhouses and affiliated agricultural structures, the Rockland Rural Historic District is characterized by well-delineated fields and tree lines hemmed by historic road traces and corridors, a number of fine architectural residential complexes, as well as more modest dwellings and structures.