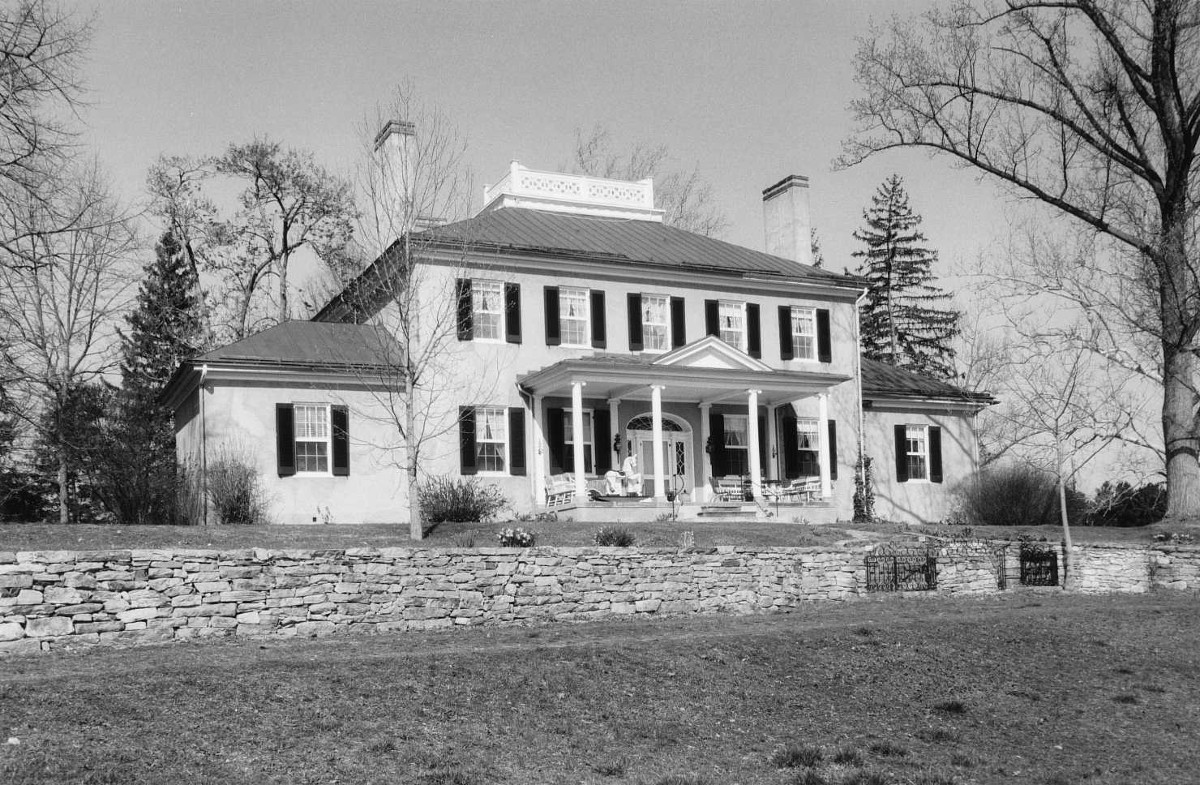 Named for the Quaker family who established the farm in the 18th century, Farnley was developed into a prosperous plantation by the Hay family. William Hay, an attorney born in Scotland, and later a resident of Williamsburg and Richmond, purchased the property in 1808. He built a plain brick house which still stands, around 1815. James Hay, his son, married into the locally prominent Burwell family and built Farnley’s principal residence, a grand late-Federal mansion, begun ca. 1832. Dominating the surrounding pastoral landscape, the stuccoed dwelling is distinguished by its stately outline, bold interior woodwork, and an unusual wrap-around veranda on the rear. Attached to the house is a series of service structures. On a knoll nearby is a rare two-story stone slave quarters. One of the county’s numerous historic estates, Farnley is now a noted pony farm.