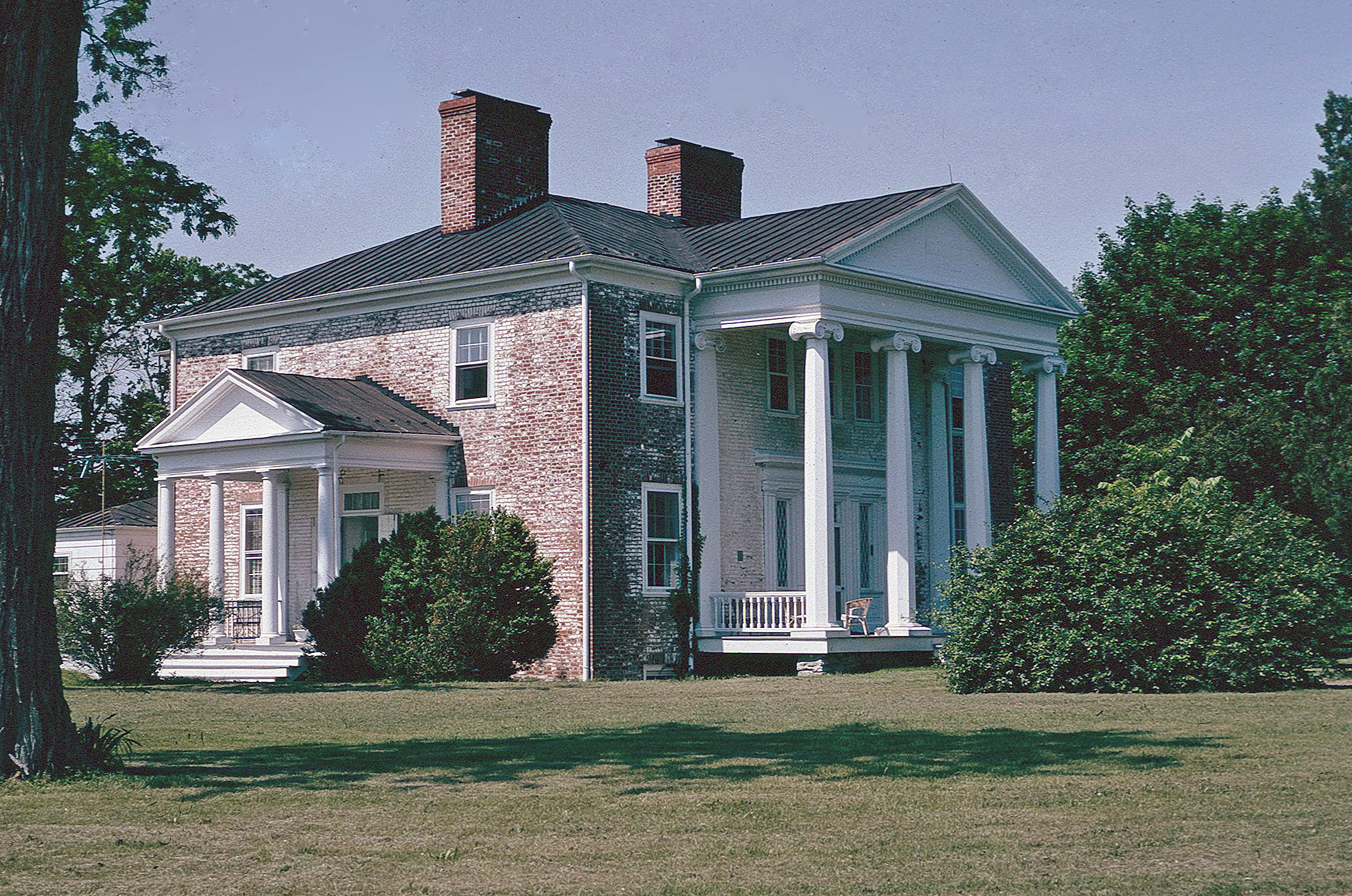 Maj. Isaac Hite, Jr., of Belle Grove in Frederick County, built this stately brick mansion between 1812 and 1820 for his son, James Madison Hite. The exterior was modified in the 1830s by the addition of the Ionic portico, the front doorway, and the rear wing. The otherwise academic portico employs curious octagonal column shafts which may have resulted from a misreading of instructions on how to build a column. Such instructions usually showed in plan an octagonal configuration of boards. Guilford’s interior remains unchanged and features decorative Federal mantels and grained trim and doors. A rare survival is the painted checker pattern on the floorboards of the second-floor hall. On the grounds is a contemporary two-story brick servants’ quarter. An 1846 newspaper advertisement in the Alexandria Gazette and Virginia Advertiser described Guilford as “one of the most desirable estates in the Valley.”  The property contributes to Clarke County’s Greenway Rural Historic District.