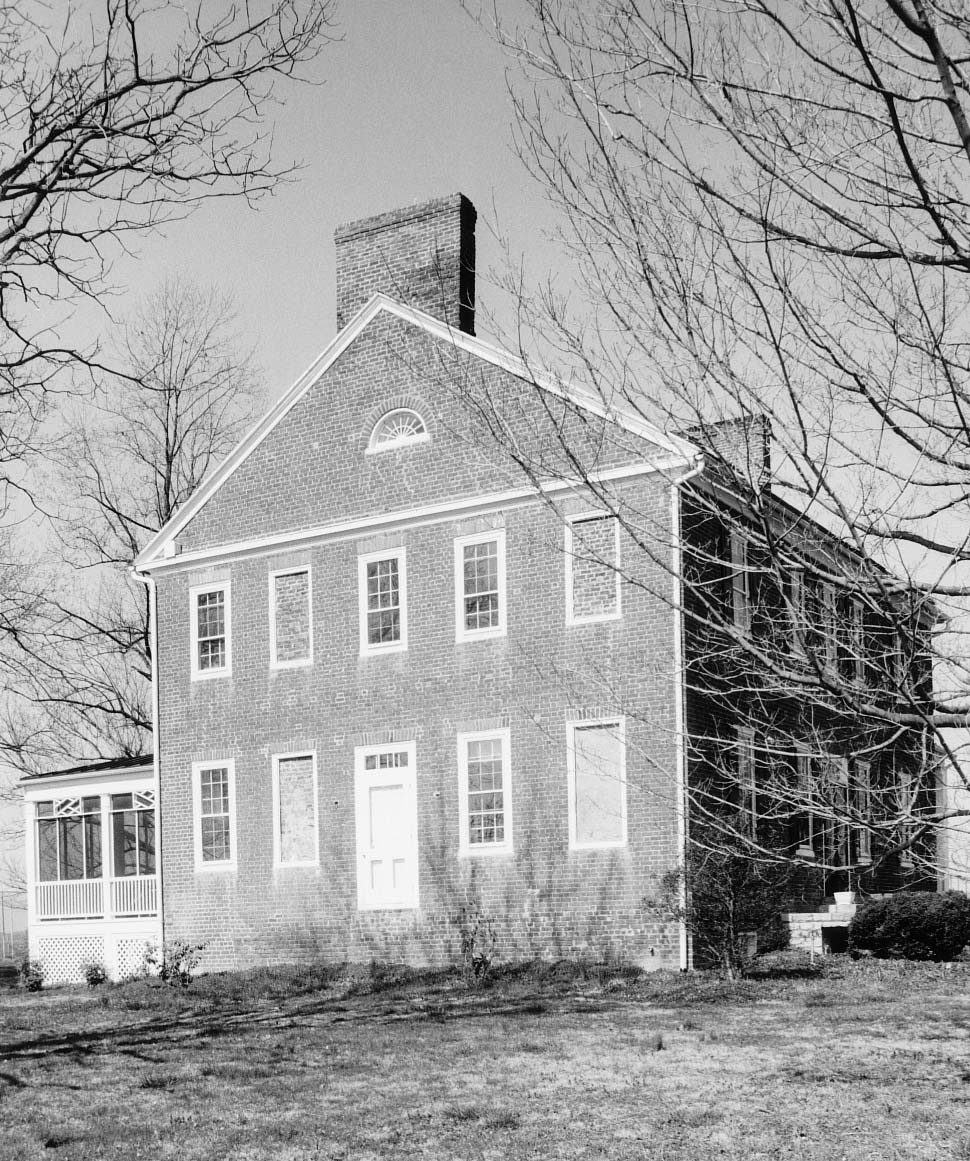 A component of Clarke County’s outstanding collection of Federal plantation houses, Lucky Hit was built in 1791 by Col. Richard Kidder Meade, an aide-de-camp to George Washington. Meade gave the property its unusual name because he purchased it sight-unseen and considered himself “lucky” to have chosen timber such beautiful land. Lucky Hit was the childhood home of William Meade, the noted 19th-century Episcopal bishop of Virginia. The house is distinctive for having five bays on both its facade and its ends. The ends are given a formality by the use of pedimented gables. Most of the original Federal woodwork and early hardware remains on the interior. On the grounds are two original outbuildings: a summer kitchen and privy. From 1947 to 1973 the property was owned by Alexander Mackay-Smith who modernized the house and added the west wing.