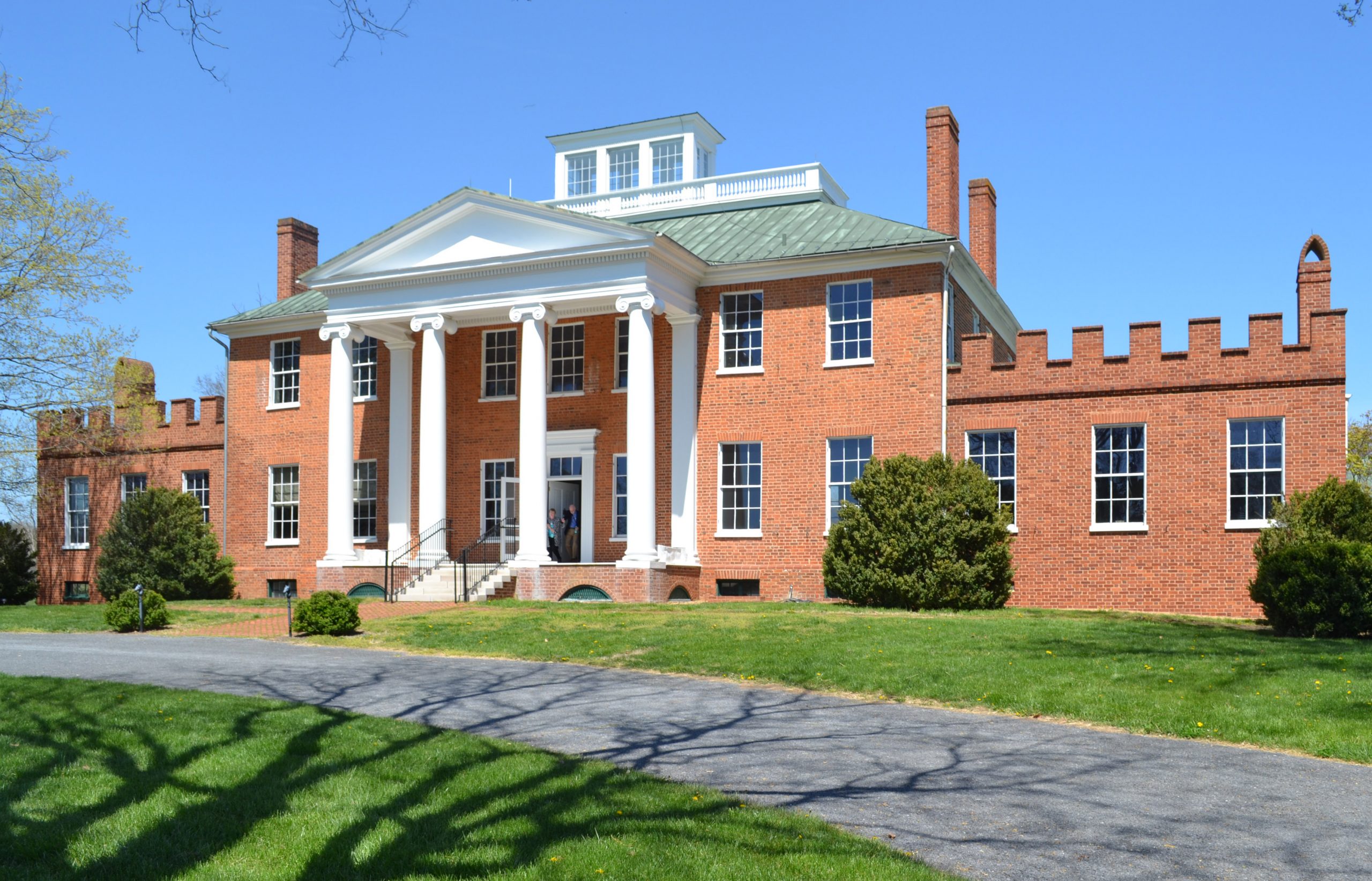 The stately Classical Revival Long Branch mansion is one of the few remaining residential works designed—at least in part—by Benjamin Henry Latrobe. Latrobe sent plans to Robert Carter Burwell in 1811, several months after Burwell’s builder had begun the foundations. The porticoes—one Doric and one Ionic—were added after 1842 by Hugh Mortimer Nelson when the house was extensively remodeled. The elegant Greek Revival woodwork, also added by Nelson, is based on designs by Minard Lafever published in The Beauties of Modern Architecture (1835). Although remodeled, the house remains, as noted by architectural historian Talbot Hamlin, “an important monument in American architecture.” In 1986 Long Branch, located in the listed Greenway Rural Historic District, was purchased by Baltimore textile executive Harry Z. Isaacs who restored the house and established a foundation which exhibits the place as a museum. The restoration included the construction of the crenelated west wing, a replica of the early east wing.