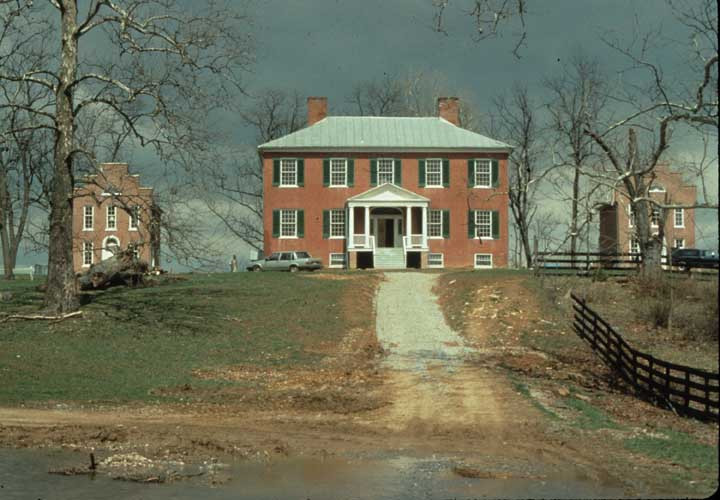 Smithfield Farm, located within view of the Blue Ridge Mountains in northern Clarke County on the West Virginia border, was established in 1816 by Edward Jacquelin Smith, a prosperous farmer who built a stylish Federal-style brick residence on the site in 1824. The two-story, hip-roofed dwelling features wide multi-paned windows, a front entrance with sidelights and a fanlight, a brick modillion cornice, and a one-story pedimented Tuscan portico. Flanking the house are two two-story brick dependencies with stepped gable parapets. One dependency was originally used as a schoolteacher’s residence and the other as a combination farm office and summer kitchen. Built in the late 1840s, the outbuildings complement the formality and symmetry of the main house. Near the house and dependencies is a large brick bank barn (built against a hill) that dates to the 1820s and is the largest of its kind in Clarke County.  The property contributes to the Long Marsh Run Rural Historic District.