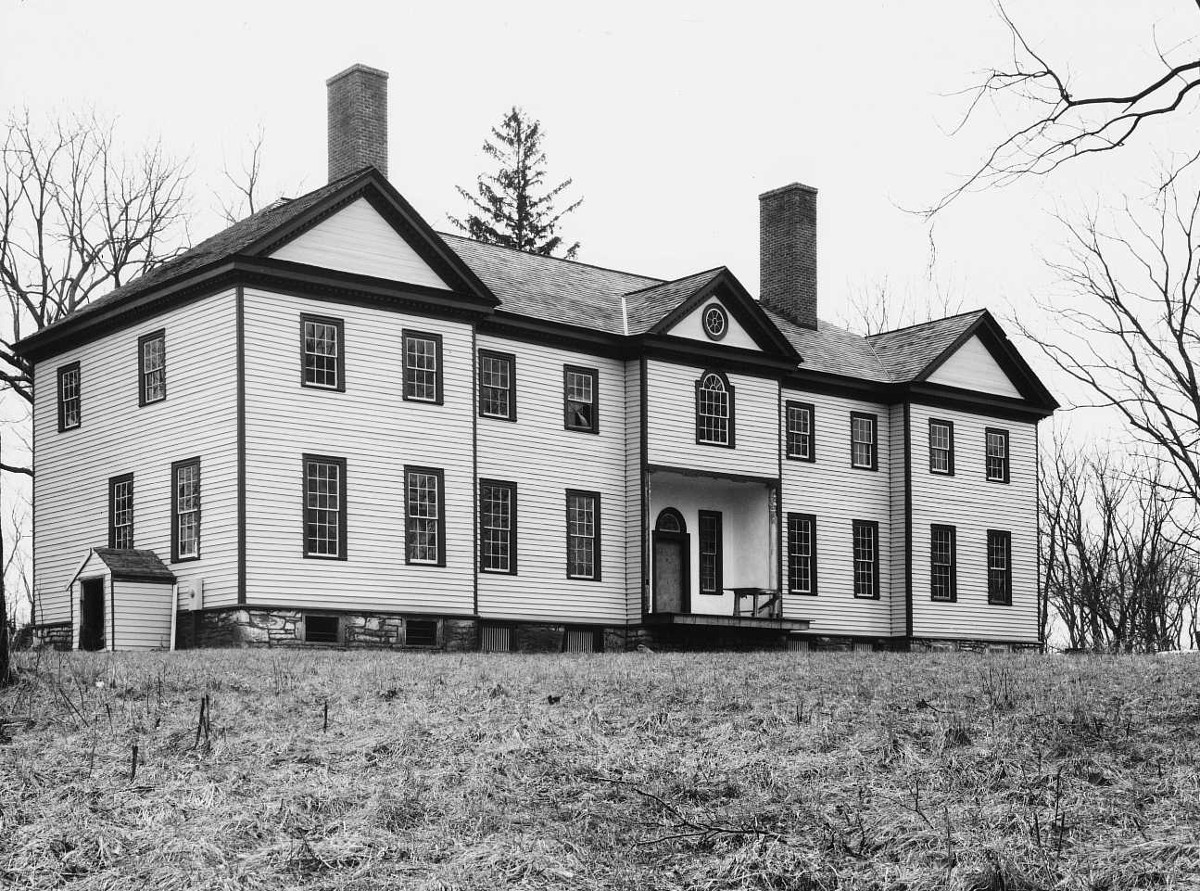 Farley’s frame mansion is among the most imposing of the plantation houses built for Tidewater families who moved to the Piedmont after the Revolution. Originally a Beverley family property called Sans Souci, the tract was purchased in 1801 by William Champe Carter of Albemarle County, who renamed it for his wife, Maria Byrd Farley Carter and built the house soon after. With its stately facade marked by three pedimented pavilions, the house is an impressive Virginia interpretation of English neoclassicism. Inside is a formal suite of four reception rooms with original woodwork. In 1833 Farley was purchased by Franklin P. Stearns, a Vermont-born businessman. That same year the house was commandeered by Gen. John Sedgwick for a Union headquarters during the battle of Brandy Station. Farley stood empty for many years but was meticulously restored in the 1980s.