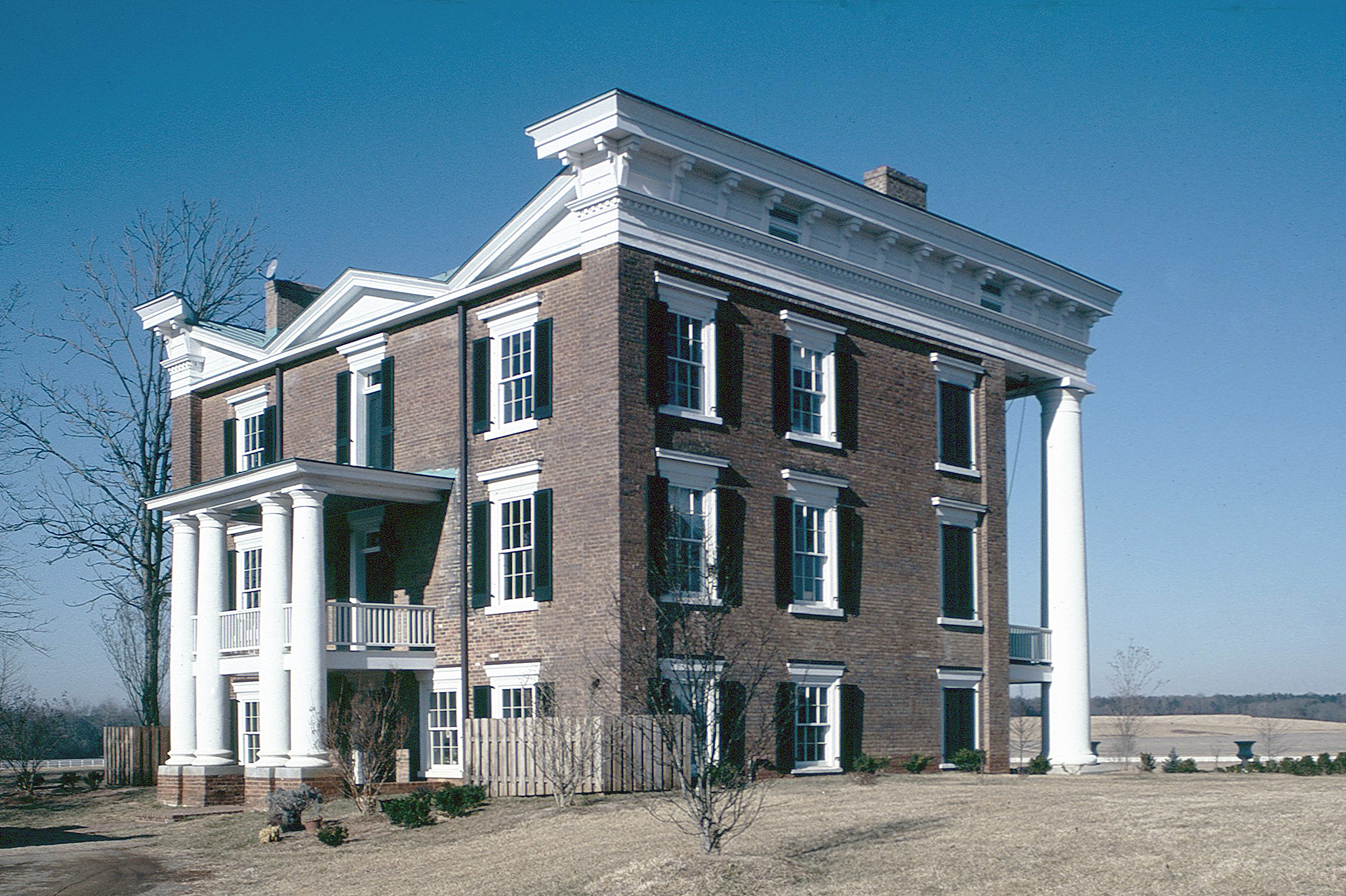 This massive country residence was constructed in 1854 for Philip Pendleton Nalle, a local entrepreneur. The architecturally muscular dwelling is a freely interpreted Classical Revival design, having giant Doric columns, tall bracketed cornices, and heavy window entablatures. The cornice masks a rare W-shaped roof on all but the rear elevation. Stylistically, Greenville is more akin to the antebellum mansions of the Deep South than to the generally more genteel dwellings of Virginia. It was designed by the Culpeper County lawyer, politician, and architect Jeremiah Morton, who designed several other porticoed houses in the vicinity. Greenville was caught in the midst of considerable Civil War fighting in 1863-64. So heavy was the artillery firing that the adjacent pasture was later called “cannon ball field.” Nalle’s son, Philip Nalle, Jr., sold Greenville in 1918. The house has been occupied sporadically since then but was restored in the mid-1990s.