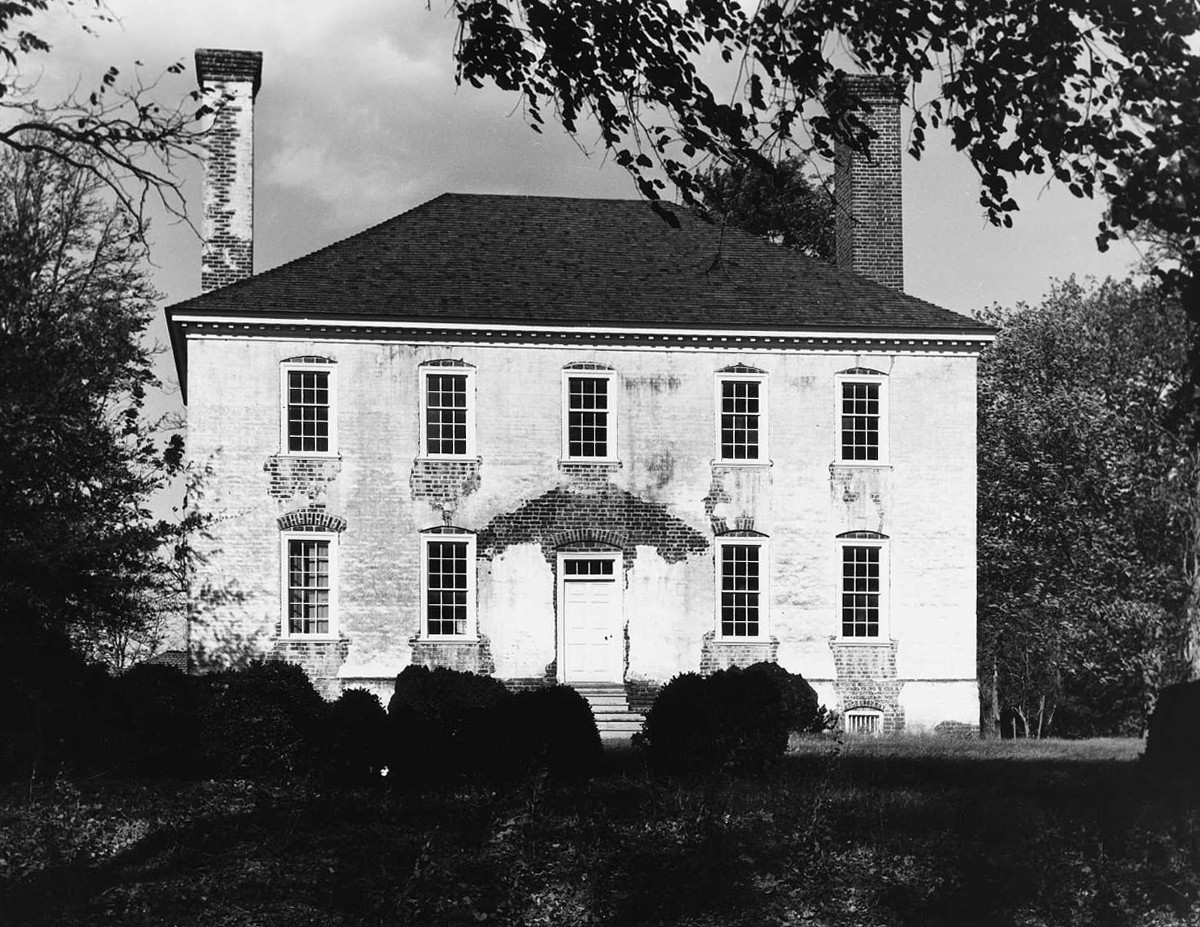 A classic example of American Georgian architecture, Salubria was erected in the mid-18th century by the Rev. John Thompson, rector of St. Mark’s parish. Thompson’s first wife was the widow of Governor Alexander Spotswood. Upon her death, Thompson married Elizabeth Rootes, and their son, Philip Rootes Thompson, eventually inherited the property. Typical of high-style Georgian design, the exterior is distinguished by a carefully calculated proportional system and minimal architectural ornamentation. Lending the house special significance as a document of colonial artistry is its outstanding interior paneling. The parlor chimneypiece is framed by Doric pilasters which support a full Doric entablature. The property was acquired by the Hansbrough family in 1802, who named it Salubria, meaning healthful. In 1853 Salubria was bought by Robert O. Grayson, in whose family it remains. On the grounds are remnants of a large terraced garden.