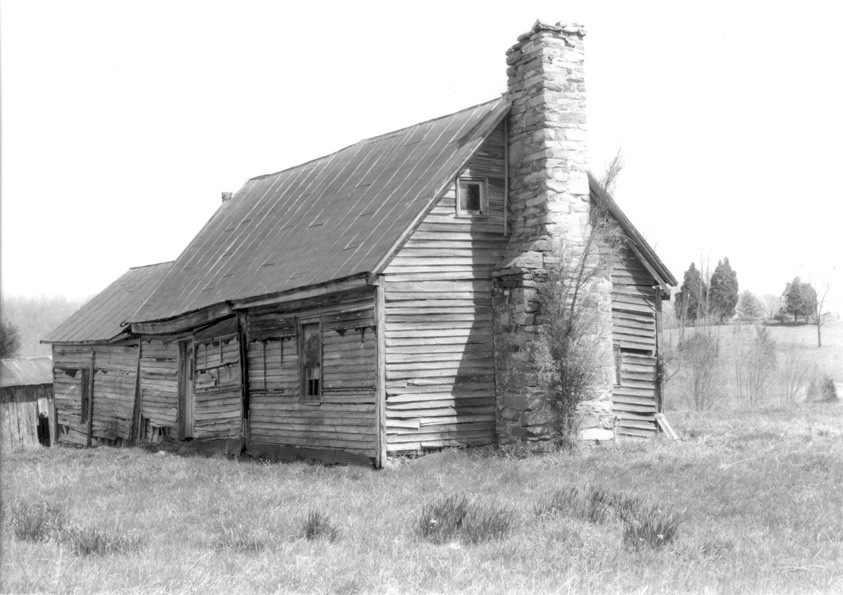 Maple Springs is a rare surviving example of an early yeoman Piedmont farm. Important for its relatively unchanged condition, the building consists of three separate early units that were joined by owner Thomas McDonald II in the 1850s. The western section of the house features a massive stone chimney and mortise-and-tenon construction dating to the mid- to late 18th century. The middle section is constructed in planked log, and dates to the last quarter of the 18th century. The planked logs are shaped into sections that resemble thick planks. This construction method is somewhat unusual in Virginia. The easternmost section was probably a 19th-century free-standing outbuilding that was added to the house in about 1900. Maple Springs was probably built for leaseholders on the Beverly family’s Little Forks tracts. One of the previously free-standing sections of the house was occupied by Susan Bundy and her children, a free African American family.